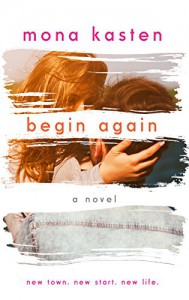 Ally moves to college. And is looking for a place to live as the dorms were already full,  and then finds out Kaden has a spare room. Kaden is nasty and rude at first.  He doesn’t want to live with a girl but Ally talks him into giving her a chance as a roommate. Kaden has some rules: 1- don’t talk about her girl problems,  2- keep her mouth shut if he brings someone home, 3-  they will never hook up.    Ally escaped her rich controlling family to go to college and she made  sure the college wasn’t close to her family. Ally didn’t take Kaden’s bs though. Kaden was a hot but tortured guy. Who really usually only does one night stands. Ally and kaden both have a troubled past and both have issues. Kaden has tattoos and each one represents a memory from his past. Kaden and Ally become friends and start to become more. Then Kaden’s brother shows up and he threatens to tell Ally about kaden’s past which he is ashamed of.

I had mixed feelings about this book. It had a good plot. I didn’t like Kaden at first he was just rude and mean. I do believe some things got ,lost in translation as this was originally written in german by a German author. I do think the issues portrayed in this book are realistic. This had a pretty good ending. But this was fairly predictable. I liked how Ally didn’t take Kaden’s bs. I loved how there was a build up yo kaden’s and Allys relationship. I thought this book was a little too long and could have been shorter. I didn't like the back and forth had about being together or not. I didn’t really care for kaden’s mood swings. I also didn’t like how Kaden blames everything he does wrong on his bad past. I said I had mixed feeling on this book.