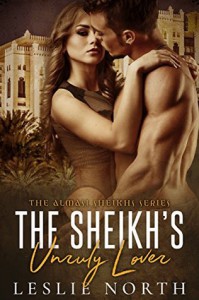 Marian was Mr. Thomas’s Executive Assistant. Mr. Thomas had been more of a mess since the merger with Almasi Holdings in Parsabad and his daughter’s marriage to a sheikh and the son of the CEO. Annabelle is Mr. Thomas’s only daughter and Marians best friend although they were more like sisters. Mr. thomas had a proposition for Marian, Marian didn’t like anything that might change her job as she was perfectly comfortable with it. Then Mr. Thomas said Almasi Holdings and Mr Thomas needed her in Parsabad. That their Chief Technology  Officer needs an assistant in his upcoming trip. Nobody else could do it but her. Then Mr. Thomas said Marian would be able to see Annabelle also. Marian said change made her nervous. But Marian did agree to go. Mr. Thomas needed Marian to help Kelly finalize a deal with an technology company- Parsabad National Oil. Marian detested Kelley within the first three minutes of their trip.Not only did he look down his nose at her, he only listened to her when she called him “Sir” or spoke with urgency. Otherwise he barely acknowledge Marain. Marian met Omar who was to be their technology deal facilitator and unofficial tour guide per Omar. Kelly was being every bit as brisk and rude as Mr. Thomas felt he would be. Omar had been in an arranged marriage but he and his wife found love as it wasn’t  very long after the wedding Anahita got cancer and shortly after that she died it had been two years since. . Omar kept comparing Marian to Anahita- in a good way. At the meeting the next day Kelly made a crase statement and called it a joke but the Parmesan men refused to go any further until they received an apology.  Marian said she would apologize and carry on with the talks and she could do a better job then Kelley. Then Mr. Thomas fired Kelley. When Marian came downstairs to go to dinner Omar was there and they went together. Something felt natural to Marian about Omar like they were reconstructing a long lost friendship. Omar was attracted to Marian but he felt like he was being untrue to his dead wife and felt guilty. They next day Omar and Marian went out for drinks after work and ended up in Marian’s room and had some explosive sex. The following day they went up in a hot air balloon with Omar piloting it. The next day they went sightseeing but that night Omar went home and left Marian alone. To Marian it felt like she was in a months long relationship,breakup and it hadn’t even been  a week. But it did feel like a breakup to Marian.