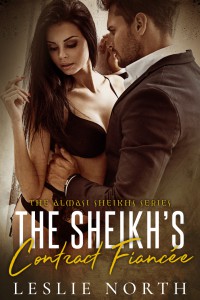 Annabelle works constantly for her father’s mining company even though their relationship isn’t that great Annabelle is always try to prove herself and get her father;s approval. Her father then asks Annabelle to go to Parsabad in the Middle East to finish an important business merger. Annabelle figures she can at last prove herself to her father. But the culture clash has been hard on Annabelle. Annabelle is to work closely with the son of the  oil company’s CEO. Annabelle is not sure what to make of Imaad, he certainly has old fashion ways and beliefs. Annabelle hates how Imaad treats her like she is not as important as a man. Sheikh Imaad is ruthless in business but standing up to his father is hard for Imaad. Then Imaad learns there is a planned marriage to an American executive. Imaad does not want to argue. Imaad has a plan if he can get Annabelle to agree. Imaad and Annabelle do feel a strong attraction toward each other. Annabelle didn’t know a planned marriage was part of the deal. Annabelle is furious when she finds out she was just a pawn in her father’s game.

I liked this book a lot. Both Imaad and Annabelle have issues with their fathers. Although I didn’t care was rude and swore a lot. She had  to know the Middle East was very different from America. However I did like Imaad and Annabelle together. I felt this story had a good plot. It was a short read I would have liked it longer. I chuckled at times. I felt that this was a great romance. I loved how Imaad and Annabelle were mad at their fathers about the arranged marriage deal yet they fall for each other. All and all a good read and I recommend.