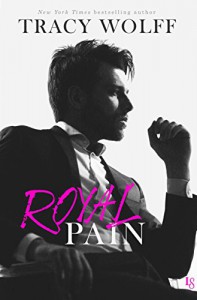 Kian was the royal spare seven minutes younger than his twin Prince Garrett. But Kian has been brought back home and Garrett had been kidnapped and had been missing thirteen weeks already. Kain knows that every day goes by with no phone call, or a ransom demand or an video using Garrett as propaganda for crazy cause it became more and more likely that Kian twin’s Garrett was dead. Garrett is the best of Wilderer certainly the better of the two of them according to Kain. The idea that Kain could ever in any way replace Garrett is more than insulting it’s a joke. A prince is to be interested but not to interested, accessible but not to accessible, concerned but not to concerned. Kain has had to deal with scheming mothers and daughters but as the spare  not as he stands in Garrett's place. If Kain doesn’t free himself soon his name would be linked with the daughter Mariella. Then a waitress asked if Kian wanted some champagne and ends up dumping a whole tray of champagne down Kain’s tuxedo. The waitress pulls Kain away to use club soda on the tux, then she took Kain through a door onto a small balcony and the waitress admits she was saving him from the woman. Her name is Savannah/ Saavy . Savvy was born in America but says she is from everywhere as her parents were the theater gypsies. She’d even been an exchange student to Wildemar her second year of college and loved it so much  she swore she would come back as soon as she could. Saavy had graduated two years ago with a degree in Creative Writing but wasn’t into theater but still called herself a gypsy. Kian did manage to kiss her but she wouldn’t give her last name or phone number. Lucas is Kian’s bodyguard but also his friend. Lucas offers to find out who Saavy is. Lucas has found out where Saavy lives and her main place she works which is a bar called Wild Sea. Lucas also got Saavy’s phone number and work schedule for Kian. Kian goes to her home and they talk but but she tells him neither of them are ready to start dating as he is gone so much with Garrett missing and her he’s a prince and next in line for the throne at this point. It occurs to Kian Saavy is the only one who has made him truly smile since Garrett went missing. Kain asks Saavy to go on a date and finally got her to say call her in a couple of days. Then Kian tells Saavy he’s going to call her every day until she says yes. Kian then has to go as he has a meeting with an ambassador from America. Saavy got the bartending job six months ago. Saavy took it because it wasn’t a dance club. Saavy thought most nights would be slower than the club down the street. But then Prince Garrett had been there a few months ago and it became an instant hotspot for young hip, urban millennials. Also the owner Marcus and Saavy put together a complicated and exotic cocktail list and it’s pretty much standing room only from six p.m. to one a.m. , But the tips were good and Saavy only had to do waitress gigs if she wanted to.  Saavy had loved the country when she was nineteen and was heart broken when she had to leave - partly because of the country and partly because of a boy none other than Prince Garrett. Saavy had never been treated special she was more an afterthought for her parents than they had died in a car accident and she met Garrett.  Saavy had spent six months with him and loved him when she left but that was a long time ago. Saavy knew she had to tell Kian but how. Saavy had felt very protective of Kain as Garrett had been when he talked of his younger brother. That is why Saavy had come to his rescue at that party. Kain had went to Garrett’s suite an looked at his favorite book and a set of pictures of Saavy and Garrett together fell out. Kian was waiting for Saavy when she got out of work. Six minutes with Kian made Saavy feel more than she felt with six months with Garrett. But she had tried to stay away from Kian after the party he came to her home. It  had been over five years that Saavy had the relationship with Garrett. Kian still believed Garrett was alive. Being with Garrett and then leaving him five years ago had almost destroyed Saavy and now  she was with Kian and has no idea what she is doing.but she had never felt like she does with Kian. Saavy was not used to the way Kian treated her like she was special, who put her needs first and worked hard to take care of her but that’s how Saavy gets hurt thinking she was special thinking she matters when it’s been proven over and over to Saavy that she wasn’t special. Saavy couldn’t afford to feel that way about Kian who is the twin brother of the first man Saavy had ever loved.

I loved this story and felt it was great. I loved the plot and the pace. I loved that Garrett was rescued but hated that the king and kingdom doubted Garrett. I loved the relationship between Garrett and Kian and that Kian had faith in his brother after he had been rescued. I loved Kian and Saavy together. Their chemistry was so hot. I couldn’t find anything to complain about while reading this book and I loved that also. I loved the ending that was the best!!!! I loved the characters and the ins and outs of this great romance and I highly recommend.