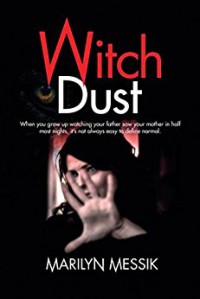 Serenissima/ Sandra  parents were Adam and Ophelia are a famous illusionist act that have a stage shows but aren’t there a lot for Sandra.But Sandra was not neglected but some people just aren’t natural parents but there was never a shortage of loving hugs and expensive gifts. As a child she had been left behind at hotels, stations, or airports but it was from absent mindedness on her parents part when it came to Sandra. But Sandra also knew sooner or later someone would come back in a panic to get her and her parents apolitically coming briefly to her. But then Murray showed up for all her events as an adopted parent. It was Murray Sandra ran to she was hurt in any way physically or mentally. Murray had been with Sandra’s parents since their careers took off. Murray didn’t talk about his past and didn’t even take off holidays from what Sandra seen. Nurra ruled their lives with an iron fist with an iron glove. Sandra adored Murray but she had to admit pessimism was his middle name, misery was his mantra and hypochondria his hobby. What Adam and Ophelia did today was studied hard  by peers and aspirants alike. Sandra’s father loved to quote “ All the world’s a stage” and to her parents it was. All Sandra ever wanted to do was live a little more average. Adam had looked at one too many chorus girls and Ophelia decided to separate from him. So then it is up to Sandra to take her depressed mother to see her family that Sandra didn’t even know existed before her parents split. They are definitely an odd and magical bunch. Even though Sandra wants to run the other way she decides to stay and try to help her relatives get their failing hotel business back on it’s feet even if it is haunted. Then some witchcraft is threatening Sandra and her family’s life and it is up to her to keep them all alive.

I really enjoyed reading this book. It was a light hearted fun read that did make me laugh at times. I loved Murray and all he meant to Sandra as well as her parents. This was a little different kind of book for me even though I have read and loved reading a lot of paranormal books.  This was just a little unique. This was well written and fast paced and I liked that a lot. There was a lot to this story: an illusionist act with extra magic at times, a magical family, haunted hotel, witchcraft meant to hurt people, drama, Psychic Society, an odd journalist, failing family business, wolves, witches, unknown relatives, and so much more. This book grabs you right from the beginning and doesn’t let go until the end. This did remind me of Bewitched in a way. I loved the characters and the ins and outs of this story and I recommend.