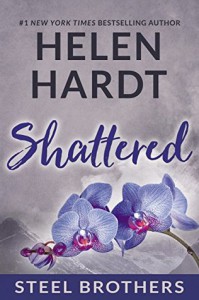 Ruby had been a cop for eleven years and a couple months ago she became a detective.Ruby had run away from home as her father Theodore had tried to rape her so Ruby did not trust men and had been on her own since.  at fifteen years old   Ryan is the youngest of the Steel brothers he is a rancher and winemaker. Ruby is trying to find answers to questions no one wants answered but her. Ruby and the Steels past are entwined together . Ruby’s father is one of the men who had kidnapped and assaulted Ryan’s brother Talon. Ruby wants to find out what exactly and who her father is.Ruby is determined to close this chapter in her life by capturing her convict father  So Ruby has a personal interest in the mystery the Steel brothers are trying to find,Talon had been kidnapped as a kid by Ruby’s dad and Talon’s half uncle and his dead  father had been involved.Talon  and had been raped and tortured while he was held. Ryan carries a lot of guilt  that he had escaped what Talon had endured.   Ruby had never taken a vacation, work was Ruby’s solace was work and kept her mind busy. Then Ruby was asked by Melanie to be her maid of honor.Melanie did not have any close family or friends but Melanie knew more about ruby than anyone in the world. Even though Ruby knew nothing about weddings.  Melanie is marrying Jonah in a double wedding with Ryan’s brothers. Ryan thinks he may get some answers from Ruby. Ruby is definitely attracted to Ryan but she isn’t looking for a relationship at least she wasn’t before she met Ryan.. Ryan also hadn’t been looking for a relationship but he started having feelings for Ruby. T+RYan and ruby got to know each other better during the wedding festivities. But Ruby felt Ryan could get anyone why would he want her especially with who her father is and what he had done. He was a monster as far as Ruby is concerned and he had deeply hurt the Steel family. As time goes by Ruby opens up and shows the real her not just the cop. The brothers think they all know who did it but are having a very hard time finding out for sure. Then RYan finds out some things his brothers and sister haven’t told him and he is terribly hurt.  Ryan gets a phone call from his mother yet she killed herself years ago didn’t she ?

This was a great book to read. I loved the plot and pace. This was very dark at times. But it captured you and kept you right until the end without letting go. It broke my heart at times and i choked up while reading this. This was very erotic but I felt it was tasteful. I loved the twists and turns I also loved the slow build romance. This was well written with mystery and intrigue. I loved everything about this but I hate cliffhangers and this ended in one. The cliffhanger is why this is a four and not a five rating. I also do love the characters and the twists and turns and i recommend. Also there is six books before this one and I recommend you read them in order so everything will come together for you.