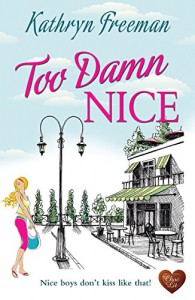 Lizzie’s parents had died and her brother Robert had been in the car and now laid in a coma it was still the early days but the doctors weren’t very hopeful that Robert would ever lead a normal life again. Lizzie’s parents had been coming to see her. Nick was at the funeral and at Lizzie’s side. Lizzie flinched but Nick kept his arm around her to offer the comfort he knew she needed. . Nick had lost his own parents when he was young through a faulty gas  fire in the master bedroom during his first school summer holiday. Lizzie’s parents were like a second set of parents to Nick. When the cop had asked Lizzie if there was anyone they could call her mind went right to Nick and of course he had come to her. Even though there was the memory of his rejection between them. Then Lizzie decided to go back to the states shortly after the funeral Nick told her it was too soon but she went anyway to leave Nick to tie things up for her.  Nick drove Lizzie to the airport. Lizzie couldn’t think or function. Her mind was numb. Lizzie begins to live a different kind of life and soon it is spinning out of control as Lizzie was consumed with depression on losing her parents Two years ago Lizzie left NYC where her parents had died and moved to LA. Charles had been Lizzie’s trainer and ends up her boyfriend but creates a sexual scandal with pictures released of Lizzie and him and a third man. Lizzie remembered having a couple of drinks with  Charles then another man appeared a friend of Charles, Lizzie had drank  only two glasses of wine but she started to feel funny. Charles got her a room in the hotel and Lizzie doesn’t remember anything else. Nick has tried to move on with his life and has a girlfriend named Sally. But Nick had never gotten over Lizzie when she wouldn’t answer her phone or texts Nick flew out to be with Lizzie. Lizzie hears someone at her door and it is Nick. Nick brings Lizzie back to the UK with him and she is also staying with him. What is going to happen with Lizzie staying with Nick?

I really loved this story and felt it was well written. I loved the plot and pace. I wish Lizzie and Nick had told each other how they felt about each other before Lizzie ever went to the states. Instead of Lizzie asking Nick to help her get rid of her virginity and him rejecting her. But I so loved how Nick was always there for Lizzie. Even if she tried to turn him away and he was the one she always thought of to turn to. Even when Nick had tried to go on with his life he ran to Lizzie’s side when she was in trouble and took her home. I was so happy when Nick showed up at Lizzie’s apartment even though she hadn’t contacted him or let him contact her. This was just a great read, a great romance and I loved it. I loved the character sand ins and outs of this story and I highly recommend.