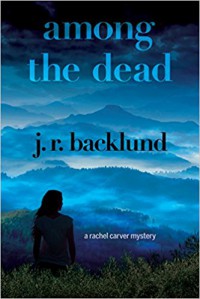 Dylan had hit his cousin Clayton when they were teens for calling his mom a floozie. He had hit layton and ruptured his eardrum. Half of Dylan’s family disowned him and Dylan had never seen Clayton again since it had permanently damaged Clayton’s  hearing. Dylon thought of this as Gifford was dying. Rachel had been an agent   but she had quit a month ago. Rachel had another sleepless night. Then Rachel went to Blackstone Estate mobile home park. After dozing off a couple of times while sitting in the guests parking lot. Then the old woman appeared pushing the stroller with the toddler boy  in it. Then Santi pulled up, she was a social worker with Wake County Division Of Social Services. Then Rachel gave Santi an envelope with two hundred dollars to give to the old woman- Mrs. Bailey. Then rachel asked if Santi had any luck in finding a home for the little boy. Santi said no but she was sure she would find the child a home it just took some time. But the problem was they couldn’t find the boy’s father even though they knew the father didn’t want the boy.Rachel checked her phone  and she had a message from her old partner Danny when she had been a detective with the Raleigh Police Department and he wanted Rachel to help for something. Danny and Rachel had worked together in the homicide unit until rachel took a job as a special agent in the State Bureau Of Investigation. But Danny and Rachel had remained close friends until Danny had moved away to try to save his marriage. Danny’s wife wanted to live closer to her family and have Danny around more. But danny and his wife divorced a year later after the move. Danny told Rachel he had some work for her consulting on a murder case. Rachel felt herself being compelled but Rachel had buried herself in her cases before, allowing the cases to consume every part of her existence. Her apartment was a perfect example crime scene photos on the coffee table, medical examiners reports on her couches, autopsy photos on the kitchen counter by the coffeemaker. Depending on coffee and alcohol sometimes together. Rachel had been living among her victims, making them a part of her daily routine so she never lost sight of her obligation to them. Her commitment- a promise that had driven her to the point of obsession. Then Rachel asked Danny to tell her about the case. Danny said they had discovered a body this morning. The victim had been killed in his own home. The man lived alone, There was n signs of  forced entry, no witnesses, no suspects….her speciality Danny said. The money sounded good as it had been six weeks since Rachel had a paycheck. Sheriff Ted  Pritchard was talking to his cousin Sheriff Lee Harelson then Ted noticed Danny who was his chief deputy.Ted agreed and told Danny to bring in Rachel. Rachel had shot and killed an innocent woman who was a single mother during an investigation. Rachel had been watching the woman’s child at the mobile home park. But after Rachel got to Danny things began to change. Victims became two and then two became three victims. Then the SBI gets involved and ties the murders to meth labs but Rachel doesn’t believe that is the reason for the murders.

I really enjoyed this book. I liked the plot and pace a lot.  I liked the mystery. I felt like Rachel was a real person with real problems and weaknesses as well as strengths. She was intelligent and had no problem taking the lead attitude. But Rachel was very human in every way and the book showed this. I loved that the story  had twists. This book definitely kept my attention and I didn’t want to put it down. I loved the characters and the twists and turns in this story and I recommend. I wish I could rate this 4.5