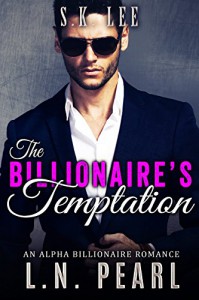 Kylie was sitting in the lobby of Secure.s International headquarters  waiting to interview for a job in infosys -Information Systems Security. Nine years ago Kylie  had hacked the computers here. Now she is here to try to get a job and felt this was an interview of a lifetime. Kylie has an obsession with the founder/owner Jackson King. Kylie was very attracted to Jackson. Nine years ago Kylie had hacked through all the security and managed to Get to Jackson’s computer but she hadn’t stolen anything Kylie had just wanted to see if she could get to Jackson’s computer. Kylie had hidden from social interaction for the last eight years. Kylie was in an elevator  to go to the interview  but there is also  a man in there with her when the elevator when it stops. Kylie has a panic attack  as she is very claustrophobic and it is also dark in the stopped elevator.  Then Kylie sways on her feet and her heal twists and ad she grabs the  rail to stop herself from falling. Then the man asks Kylie if she was breaking down with disdain in his tone and Kylie said yes. Then the man pushed Kylie against the wall and presses her sternum and said he was triggering her calm reflex. As she is in the man’s arms and for some reason Kylie gets turned on.Then he helps Kylie to sit down Even with his caveman style he was taking care of Kylie. Jackson never jokes especially at work but this woman puts his body on alert in a very pleasurable way. It’s a little easier now that Jackson isn’t touching the woman. Jackson is a werewolf and his wolf’s went haywire the minute Kylie got into the elevator. Then Jackson smelled that Kylie was aroused and for the first time in Jackson’s life he wanted to mark her as forever his. But she was human and could not be his mate. He said his name was J T when Kylie asked Jackson didn’t do friendly he even discouraged his employees from engaging with him except  to give him information in its most distilled form. Jackson had to convince his wolf not to jump Kylie. Jackson smiled at Kylie which was a rare occurrence. Kylie had already made Jackson laugh something he hadn’t done in twenty years. Kylie told Jackson she had always worked worked as a telecommuter and she had never been in a office like the one they were in. Kylie said that she thought security was the pinnacle at Infosec. She also said that Jackson was a genius and she had been following him since she was ten years old. She also said programming was lonely but she does her best working alone. Jackson had been abandoned by his birth pack with his fur covered with his stepfather’s blood. A company of his own was a poor substitute for a pack. `Kylie also said Jackson King and the company he built represented the ultimate infosec coding and Kylie wanted to be a part of that. Then the lights came back on and Kylie realized who had been in the elevator and it was Jackson King. Then Jackson decides to sit in on Kylie’s interview. Kylie felt like she could get through the interview as Kylie had handled much more difficult things before. Kylie had major hurts at the age of eight losing her mom in a car accident  and then Kylie spent her childhood taking care of her dad and became his partner in his jobs. Her dad became a vigilante Thieves For Justice thing going on. Then her dad had been murdered  and her grandmother moved in and took care of Kylie. Her grandmother pushed Kylie to get a degree in college. Her father’s murderer was still looking for her and Kylie hid in bare sight.   Stu didn’t expect Kylie to be  so hot. Stu thought Kylie would be socially awkward like he was. So framing her for the security’s demise won’t hurt as much. In Stu’s mind Kylie had had always been his cyber girlfriend of sorts. They  had been  accomplishes in the hacker world since puberty. They cut their teeth together as young hackers sharing information and their successes passing along tips, advising others. It was dumb luck Stu had found his Catgirl after she had disappeared for eight years. But Kylie had resurrected on Def Con the old hacker forum  they had always interacted on. Kylie was looking for help with cracking the FBI. Stu helped. Kylie was perfect for Stu’s needs. There were very few who could  but Kylie could.  It had been difficult to find Kylie after he helped her but he finally found her I P address and then sent a headhunter after her for a job at Secure.  Kylie barely had a social life even now , she was used to being a loner and keeping her secrets. Kylie had never been touched by a man until Jackson.

I loved this book as well as the plot and pace.  I also loved Kylie and Jackson together. I loved that a teenage girl hacked Jackson;s computer. I loved that Kylie is shown to be very intelligent and gets a good position in Jackson’s company. I loved that Jackson was Kylie’s first love and lover. I loved how Jackson fought his wolf as he felt he would hurt or pKylie forgave Jackson for doubting her and took a bullet for him. It was also great that Kylie turned out to be a shifter. I couldn’t find anything to complain about which was great. I loved the characters and the ins and outs of this story and I highly recommend.