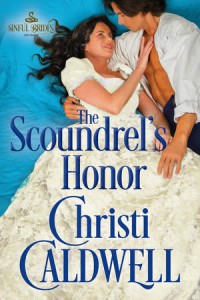 Penelope/Penny was almost nineteen. But since the season started they had only attended the theater and dinner parties but never anything more. No balls, no sorrels. Nothing the young ladies new to the London marriage mart longed to attend. She demonstrated her her resolve to rise above gossip, prove to Society that scandal need not follow her family. After all it was possible to have love and be be properly behaved and respected. In the world where a woman has very little control ,  her reputation was something to hang on to with no tarnish. Her mother warned Penelope “ The gossips were always watching waiting for someone to falter”. Penelope said she was entirely practical and logical. Penelope was then told they would be attending a ball on Friday. Which was being called The Event Of The Season. Ryder Buck was an illegitimate Duke’s son who refused to use his title and he owned the Hell and Sin Club, The world learned one did not cross Ryder, did not interrupt him or interfere with his dealings. Ryder had saved the Duke of Somerset from death and the King gave him a title he wouldn’t use. Digger was the late owner of their rival club The Devil’s Den. Ryder’s sister Helena was married to a Duke She came and managed to talk Ryder into into going to her and her husbands ball to show a united family. Penelope was in the garden and the horrible remarks being made about her family drove Penelope out to the garden at the ball for a breath of fresh air.  There she sees Ryder meeting a man. Penelope hid as she had heard a lot of bad things about Ryder.  But Ryder sees Penelope and pulls her out of her hiding place as he thinks she is a spy for a rival gaming hall.  By being caught alone by people at the ball on the ground with Ryder on top of her. Penelope has brought the scandal to herself. Ryder doesn’t want to see Penelope ruined as he didn’t want her to experience what comes with the scandal. Ryder does the right and honorable thing and proposes even though Ryder doesn’t care what people think. One thing that intrigued Ryder about Penelope is she didn’t fear him.

I enjoyed this story and thought it was a great romance. I loved how Ryder stepped up to the plate and proposed to Penelope without even knowing her. I felt bad that Ryder and his siblings had such a bad childhood. I loved the plot and the pace of this story and it definitely kept my interest all the way through the book. I also loved the fact Penelope was determined to make sure Ryder had a better life. I really enjoyed the action, suspense, and intrigue in this story. I thoroughly enjoyed reading this book. I loved the characters and the ins and outs of this book and I recommend.