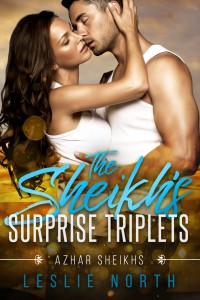 Juliette was in Beirut now and had been since yesterday. Safiyah had hired Juliette on the spot over Skype. Juliette had an all expenses paid trip to Lebanon to see if the new position would really work out. Juliette would be working for Dawson Technologies in NYC she had been with the company for five years. But Juliette felt it was time to move on. Juliette had barely put her availability on the job network before Safeyah contacted her. Safiyah said her youngest son Basri was in charge at Soft Works and had met with many struggles . The biggest being the board that doesn’t believe in Basri. Also it was a critical time in the family’s direction. A company recently announced their intent to purchase Basri’s division. If Basri could not win the board over, the division would be sold. Juliette said that” This will be an extremely rewarding challenge , then I assure you , I’ve never met an executive I couldn’t whip into shape”. Safiyah told her the members of the board didn’t understand Basri. Without proper guidance Basri may find the board turn on him. Which could mean him not only losing the company but also his job.Juliette found with how much money she was being offered only complete success will do. When Juliette first came looking for Basri she didn’t realize she was talking to him already as he didn’t tell her. Basri thought Juliette  was beautiful but knew from experience not to mix business and pleasure. Juliette was crazy attracted to Basri  and had erotic images of them together even though she knew that wasn’t being professional. Then Basri asks Juliette to go on an adventure with him to the mountains and after he talked to her sister Juliette decides to go. Juliette thought of her diagnosis of infertility with no hope of having her own baby when she was in her early twenties. She also knew her and Basri could go no where with the way his people felt about family and having children. Also Juliette remembered how her ex had left her when he found out Juliette could not have children. Basri had never had anyone go with him when he went on any of his getaways before. They were going to the country of Georgia and hike in the mountains.

I liked  this story a lot. The only problem I had was even though this was a fast read at times it dragged for me. Other than that the book was perfect as far as I was concerned. I loved the way there was an answer to Juliette not being able to have children. I absolutely loved the ending. I also loved Juliette and Basri together. I wish the story had been longer though only because I liked it so much. But this story still had everything it needed. I loved the characters and the ins and outs of this story and I recommend. I wish I could rate this 4.5 as I feel this book deserves it.