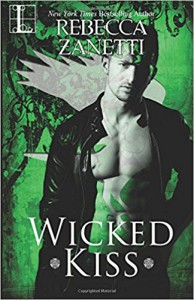 Tori was in Ireland and being abducted by witches as she had seen a firefight. Paranormals were still a secret from humans unless they mated one. Tori had been held hostage for an entire  week in various luxurious Dublin locales. This was the first time Tori had been blindfolded and she figured that wasn’t good. She had been kidnapped from Seattle. She had learned a week ago Immortals really existed. An explosion rocked the van she was in She slid around in the back of the van then it stopped cold. The front doors opened and she heard men fighting then the back doors opened and someone was dragging her out of the van and then tossed her over his shoulder. The man had a ski mask on. The man turned the corner and ran down an alley holding her in place. He turned some more corners and then they were in another alley in front of a motorcycle. But because of Tori’s “oddity” it wouldn’t start. The man tore off Tori’s blindfold and had already uncuffed her.Then he took off his own mask and it was Adam Dunne. He Told Tori it had been nearly impossible to find her. Then Tori realized Adam was a witch. Adam said he had about one hour to get her on a plane and out of the country. Tori asked how much trouble Adam would be in if they got caught and he said “ Treason and death sentence”. Adam talked on his cell then told Tori to strip she had been tagged and they had five minutes before the Guard got there. Then Adam put his tee shirt on Tori. Adam was an Enforcer for the Coven Nine. Adam told Tori they were in a life or death moment. Adam also told her he would knock her out if he had to just to make sure they both lived. The Guard was then there  and throwing fireballs at them and Adam was throwing them back. Finally they could run again and Adam used magic to get in a safe house. He had screen with which he could see outside. Adam never felt free as duty and family always called. He was the protector of the Coven Nine, of his people and he lived that responsibility to his bones To be on the opposite side of the bus even for one campaign ripped claws through Adam. Adam told Tori humans didn’t know about other species, more powerful species because they didn’t want humans to know. Then Tori asked why she had been kidnapped and Adam said she was at the wrong place at the wrong time and she had seen witches get in a firefight at that point her life became in jeopardy. Coven Nine was the ruling body of the witches are fractured right now and they didn’t want any threats out there. Adam said he had to get Tori to the states and off f the grid. Tori’s sister was mated to Adam’s brother. Adam also said his brothers committed treason helping one of their cousins going against the setting Coven Nine members which now there was only three instead of nine. Simone who was Tori’s friend was ordered to death by the Council. Even though she was set up Simone was found guilty of Treason.Right now Simone was safe as they tried to prove her innocence. Then Tori asked Adam about her sister and Adam told her she was mated to his brother Kallach. Then Adam told Tori she was enhanced he could feel it. Adam said he was four centuries old when Tori asked. Tori is caught by the Guard. Simone is pregnant and her mate Jase who is a Vampire. Tori had Jase at her side as he was her representative when she went before the Council. Peter Gallagher was the one talking for the Council. Peter said Tori would have to die as they must eliminate all threats. Peter also said they couldn’t get rid of all humans because were all males, demons had few women, and Immortals often find mates within the human population. Peter said they were at war now and more enemies than he knew including the Realm,and  the bear and dragon nations. Adam came into the room and said he would mate the human. Peter gave Tori and Adam twenty four hours to mate and he wanted proof. Tori told Adam anything with a motor or electricity she can make go dead and not on purpose. She also said she could sometimes affect machines on purpose  but it was hard and often she couldn’t. Adam called someone and when the person answered Adam called him King. and he was Dage King of the Realm. Tori was trying to get information on the drug Apollo and get it  to DEA Agent Brenda Franks to save her friend and band mate. Tori’s sister was Detective Alexandra Monzelle.

I liked this story a lot I would give it a 4.5 if  I could. I loved the plot and liked the pace. I loved how Adam was determined to keep his vow and loyalty to his family. I really it wasn’t a case of instalove. I also loved how Tori’s and Adam’s relationship grew. I really enjoyed the action. I loved how close Tori and her sister and mom were and How close Adam and his family was. I really enjoyed reading this book and it kept my attention all the way through it. I loved the characters and the ins and outs of this story and I recommend. .