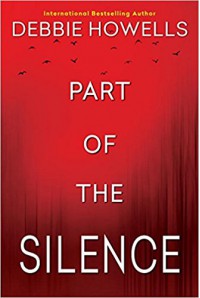 Rick told Charlotte a woman had been brutally attacked and left for dead. The woman had been in a coma when she awoke all she could remember was her name was Evie and she had a three year old daughter named Angel. Evie was left in the middle of a field. Rick was Charolette’ lover when he was around. Rick was a surfer and came and went as he wanted. Charolette could surf but not as well as Rick. Rick told Charlotte everyday she spent in the house not really doing anything.  Charlotte recognizes the woman who said her name was Evie.  But Charlotte knows her as Jen from college. Charlotte and Jen had not been friends but she knew her from the the girl who was babysitting three year old Leah who disappeared and never was found. Evie said her three year old was missing. Then Charolette calls the police and talks to Detective Abbey Rose and tells her she recognized Evie but as Jen. Detective Rose asks Charlotte to go to the hospital the next day and she agrees. Then the police check and can find no proof that Jen ever had a daughter named Angel. The police and even Jen herself is starting to believe that she is loosing her grip on reality but she hears angel’s voice in her mind and another voice telling her not to trust anyone. The police also wonder if Jen is confusing Leah with an imaginary daughter named Angel. One police officer named Jack who had lost his own son was one of the few who believed Jen.

I liked this story it had a good plot. tHis was fairly short but a good read. But it did drag for me at times. I don’t think the cops were very good at all i wouldn’t want them for anything I might need a cop for. lIke why didn’t they find the kids picture behind the refrigerator if the checked the whole house where Jen had been living? I felt bad for Jen especially when she questions her own sanity. This kept my attention all through the book. I wanted to know how things were going to turn out especially for Jen. I thought Charlotte was cold other than when she stuck up for Jen against Abbey. And I felt she was holding something back. L loved the twists and turns of this story and felt this was well written. I loved the ins and outs and twists of this story and I recommend.