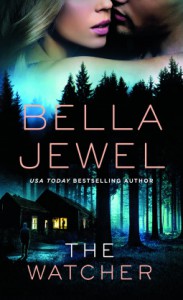 Marlie wakes up and her body aches and her head is pounding. Another lonely dragging day. The doctor told Marlei she is physically completely healed and it’s all in her head. But had the doctor had his entire body beaten by a bat? Marlie feels it every time she moves and mostly in her legs mostly. Am ache that seems like it will never leave, a soreness in her muscles Marlie couldn’t seem to stretch out. But there is nowhere else Marlie would rather be then her one room cabin she had bought three years ago. Marlie had left her home in Denver when she became famous for being a serial killer's survivor and was Marlies own personal hell. Then Marlie's mother wrote a novel about her ordeal with a serial killer. After a while Marlie couldn’t take knowing her mother’s happiness came from Marlie’s pain. Marlie didn’t know why she stayed as long as she did but most days Marlie didn’t know her own name. Intense therapy and people screaming for her story on the street made Marlie’s traumatized mind close down. Instead of supporting Marlie her mother made it about herself. Her mother didn’t help Marlie when she was suffering, she didn’t comfort Marlie when she woke up screaming from the nightmares. Marlie sees his face every time she closes her eyes. Marlie’s therapist assures her it won’t be that way forever. At the cabin the solitude seems to help also Marlie feels safe. Out here the job Marlie had was a waitress. She didn’t have to work the book was still making money and after giving her mother a lot of money Marlie still had a couple million in the bank but she wouldn’t touch it she didn’t think she ever would. Marlie hadn’t been home in a couple of years but her mom and sister Kaitlyn/Kaity visited Marlie . Kaity had suffered and thought she would never see Marlie again and suddenly Kaity didn’t matter anymore. Kaity hadn’t been doing that good lately per their mom. Marlie had a friend named Hannah and Marlie called her and asked her to keep on eye on Kaity. Kaity was the only think Markie had left. Kaity and Marlie had gotten close when their father died and their mother went a little insane. Then Hannah called Marlie  told her that she had recently learned Katy had started doing drugs and now she was missing. She went over to Kaity’s today and her apartment had been trashed. It had been eighteen hours and Hannah can’t find Kaity nor had she heard from her. Kenai is a world renowned investigator and Marlie’s only hope to find Kaitlyn and Marlie got him to take her case.

I liked this book s lot. This was well written and the pace was very good. I also liked the plot. At first I didn’t like Kenai at all he was being a butt. I  loved that Marlie stood him up and gave Kenai attitude right back. This story keeps you on the edge of your seat. It definitely keeps your attention right from the beginning. I didn’t like Marlie’s mother she didn’t deserve the title of mother more user and selfish.  Both Marley and Kenai had a lot of pain in their past I was glad they grew to care about each other and learn to lean on each other I loved the twist and turns of this story and i recommend.