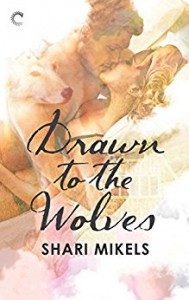 Kate was trying to find her best friend Cindy who was at Brighton Hotel in Whiskey Grove. Tenn It was a small town and Kate made it there but was having problems finding the hotel. Mrs. Brighton greeted Kate after she got to the hotel. For ten years Kate had sketch artist for the Atlanta P D.  Ten stressful years of feeling perceiving every victims emotions and some criminals inherit evil and Kate knew she was a little unusual but she just called it advanced sixth sense. But it wore on her and she needed out. The one part of the gift Kate truly enjoyed was experiencing the positive emotions of others. Kate wasn’t sure how long she’d be able to stay but this was a good first step in the right direction, one where she could draw for enjoyment not because it was desperately needed by so many people for so many reason’s Ten Kate asked about walking behind the hotel and paths and decided after being in the car so long after she was more or less settled to go for a walk. Callan was alpha to a wolf pack and sensed someone was in trouble. Then Callan knew it was a woman and and his mate and he had to go to her and protect her. Then the fear he senses turned into terror. He had to protect his mate before it was too late. A bond had already developed between Kate and Callan. Mrs Brighton had called about her missing guest. Callan already knew Kate was his mate. But than Callan found out Kate was terrified of wolves and then his cousin hadn’t helped.  But he could communicate because of their bond. Callan protected Kate and got her back to the hotel and he stayed with her as Kate didn’t want to be alone. But they slept in separate beds then he told her about his sister pictures on the walls of the cabins they were going to start renting out and Kate wanted to see the cabins the next day. Kate felt the bond and a deep attraction for Callan.

I loved this story and it was great. Kate had to and did overcome her fear. I definitely loved the romance between Callan and Kate. even if she broke their hearts. I loved how Callan and his pack were with each other. I loved the plot of this story. It was a short story but didn’t lack anything. I felt bad for the reason Kate was terrified of wolves and then to fall in love with one. I loved the characters and the ins and outs of this story and I highly recommend.