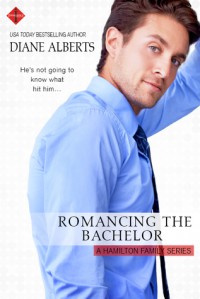 After being at court had a meeting with George, Wallace, and Mark and then he had a consultation with a possible client. Eric didn’t really believe in love and wouldn’t be getting married anytime soon. Eric loved his brothers Cole. Chris and Wyatt even Brett his soon to be brother in law. And his sister Anne. He also had a special place in his heart for his parents. All his life things have come easy for him so he was looking in the shelter one time a week for the last month but hadn’t found the right dog for him. A dog that had went through a lot and needed somewhere safe f0rever place  to live. Then the court stenographer or court reporter came in and Eric had an expected pull toward her and he wanted her. She was not what he usually went for and somehow she looked familiar. Shelby had been in Atlanta for two years and hated it , the city just wasn’t for Shelby. Neither were men or romance. Shelby had moved to Atlanta for a man who cheated on her and broke her heart and left her homeless. Shelby had left college and family for George her ex. For everything left it behind her for George. She had been left alone in an unfamiliar city. A lot of people had told her George was no good. But Chelsea stayed and waited tables and worked her way up until she could go back to school. She got good grade. Made a name for herself got a job and succeeded here despite everything.  Shelby thought Eric was hot but not for her. Guys like Eric were fun to look at but that’s all. She couldn’t let ruin what she had worked so hard for here in Atlanta. Shelby hadn’t slept with anyone  in two year.. Shelby was honest with Eric and said they could only be friends. Eric never had a female friend before. But Shelby wanted Eric really bad.

I adored this romance. It was a short read but had everything it needed for this story. I loved the plot. I loved how Wyatt was there for Eric even though he had never been in love. I loved how eric was a good person even if he was born of a wealthy family. I love Eric made Shelby go for her dream even if it broke both their hearts. I absolutely loved the ending. A great book. I loved the characters and the ins and outs of this story and I highly recommend,