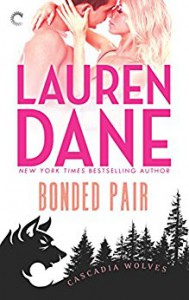 Megan was being driven crazy by her mother. Layla her sister was married and bred as was her other sister Tracy but Megan was a single werewolf shifter. Megan was the Enforcer of the Cascadia werewolf pack. Megan told her sister Tracy her life was really good except for her non- mate status. Things had gone good in werewolf politics in the two  since Cade took over. National. No civil war, no drama. Megan was sure something would happen again it always would. But it had been some time since she’d had an actual vacation so it would be nice to to have leisure time. Megan had come with her family  to attend her cousin Sherry’s wedding. Megan was getting her grandmother -Lia- settled in her hotel. Lia wasn’t ready for her granddaughter to leave right then. Her grandmother was getting something witchy in her head. They all made light of Lia’s little pronouncements but she was always right. Then Lia  said big things for Megan she had a trial ahead and she didn’t know if the ending would be something Megan wanted or not. Lia told Megan it could  be her mate she didn’t know. Layla was Megan’s sister and Shane was her anchor in the tri-bond. Shane was  a doctor in Las Vegas and even though he was a werewolf he lived as a human, wasn’t part of a pack. Shane was raised to be suspicious of werewolves by his mother who had never made the change from human to werewolf. How hard it must have been to be raised by someone who hated what you were. Shane was doing fine in Las Vegas, he dated human woman and one day he would marry and then they would adopt children. He didn’t want to raise a child like he didn’t understand or want to accept. Shane saw Megan in a bar and didn’t realize who she was at first. But her elemental scent made his hormones set up and take notice. She smelled like honey and heady flowers. Megan felt Shane was off limits as he was Layla’s anchor. Funny how Megan had felt such a total connection to Shane. Shane also felt a ridiculous need to touch Megan. Then even though Shane lived outside he knew Megan was his mate.

Once again another great story that I loved. I loved this series!! Megan was a settled strong werewolf to mate with a werewolf who had turned his back on his wolf. What Shane’s parents had done to him especially his mother was just wrong and so sad. I was so glad he realized how empty his life really was before it was too late. I felt bad for all the pain Megan went through before things turned right. I loved the plot and how Megan’s family and friends stood by her. I loved the characters and the ins and outs of this story and I highly recommend.