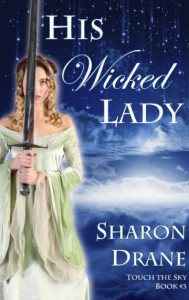 Caroline is an American heiress in England looking for a husband. The ton doesn’t like Caroline’s ways. The ton including William also made fun of Caroline. Caroline doesn’t really care except for Baron Hardreaves - William. She cares what he thinks of her and how she appears,to him. Caroline knows when a woman is being abused and Jayne is so Caroline takes Jayne out of the household of a lord who was abusing Jayne. Then William’s niece decides to marry the same abusive lord and she won’t listen to Caroline. Caroline would never admit she enjoys the skirmishes with William but she will never allow herself to love William. Caroline’s calling was acting and when she took a role she was ridiculed for taking the role and the ton did not accept that acting was an acceptable career path for a lady. Caroline defended herself as well as other women she helped.

I had mixed feelings for this stories. I didn’t care for William at all he was snotty and he moved with a gossipy shallow society. Also William made a lot major nasty insult to Caroline. But I did like that it showed some of the couples married for love and it showed in this story. I would have liked to have this story show why William was such a stickler for high society. But the story has : hope, mystery, murders, villains, romance, death, greed, kidnapping, scandal and so much more. There were many ups and downs,. The characters thoughts were in italics  felt it happened to often and made the story confusing. This was a bit far fetched also. But I did like the plot and I really liked Caroline’s character- her independence and strength. So as you can see some things I liked and some I didn’t.