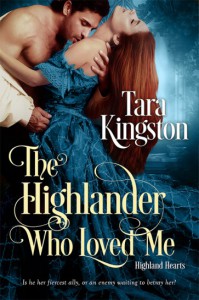 Johanna Templeton came from England to America to look after her sick sister and niece Laurel. Johanna’s sister passes away and Johanna stays to take care of Laurel while her brother in law continued to disappear from business trips. When he decided to take Laurel to Scotland Johanna didn’t know anything was wrong until her brother in law was killed and Laurel kidnapped. Johanna had received a ransom letter for Laurel Johanna has to take a certain book to the kidnappers.When Johanna brings the book to the kidnappers they don’t have Laurel.  The ransom was actually about finding  the map to the demon’s heart- a rare ruby linked to the MacMasters family.Johanna is rescued by a Highlander Connor and he is determined to protect Johanna. Johanna and Connor are attracted to each other but armed assassins are determined to get Johanna to their boss Connor does not stay in one place long because of being a spy. That leaves little if any time for a relationship.. Connor is on a mission as a spy for Queen Victoria. When meeting Connor tries to keep her troubles to herself. .

I enjoyed this story. I enjoyed the intrigue and suspense.This is fast paced. The plot was good and I definitely enjoyed reading this. But I did feel this book was a little long and could have been shorter. I did find it hard to put down as I wanted to know what what was going to happen next. But I thought Johanna was overly distrustful of Connor when he had rescued her and felt maybe she had an issue with trusting men or maybe just trusting. This story had a lot in it: adventure, suspense, mystery, romance, a demon’s heart jem, action, murder, thieves, kidnappers, artifacts, passion, betrayal, greed, and so much more. I really liked the characters and the ins and outs of this story and I recommend.