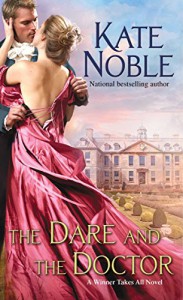 Dr. Rhys Gray and Miss Margaret Babcock have met. Margaret's  father is a local squire. Rhys and Margaret have been corresponding , discussing their various academic interests and scientific type pursuits.  Margaret is a talented horticulturist spending most of her time in the greenhouse . There she activated and studied a variety of plants and flowers adhering to scientific methods of study, experimentation, and recording.  Margaret is happiest when working with her roses. Margaret is seeking to grow a new variety of hardy China Rose that her late mother had loved. Margaret is shy and wary of people and places she doesn’t know. Then Rhys let's Margaret know that he has spoken to one of the most influential members of the Horticultural Society about her rose and the member has asked Margaret to come to London to present it to him. Rhys finally talks Margaret into coming to London. She is to stay with the Turnes who will be staying with The Earl and Countess OF Ashby. Once there Margaret discovers the conservatory is not suitable and she sets to putting it right. Yet her work is constantly being disrupted. Rhys and Margaret have something going on even if they don’t admit it. Rhys struggles with his feelings for Margaret. Rhys had been engaged to another woman kind of. But the woman is a social climber -Sylvia whose family was a former enemy Rhys was to marry Sylvia to make up for what his father had done to Sylvia’s father . Rhys father and older brother had ran away to Italy after his father killed Sylvia’s father.  But Rhys is the only one who truly understands Margaret and encourages her. Then Rhys is threatened to be dragged into court for breach of contract because he wants to be with Margaret and she with him.

I liked this story a lot. I liked how Margaret and Rhys went slowly from friends to so much more even with Sylvia in the way. This is a little slow paced. This did however make me choke up at times is always good for a story to reach me and make me react with my feelings. I liked the plot a lot. But there was a bit too much drama from Rhys’s  family. I liked the twists and turns of this story a lot and loved the characters and I recommend.