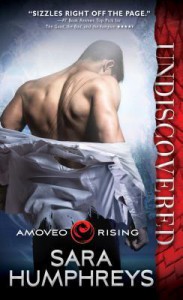 Rena prayed they wouldn't see her this time as she was behind a tree. She hoped things would turn out different but she knew different. They would find her and kill her then she would wake up, terrified and drowning in pain just after being swallowed in flames. Rena screamed over and over again and screamed not again please help me I can’t take it anymore. But this time the flames didn’t come. Rena pushed herself up on shaky legs. Then the earth started to shake again , the thunderous footsteps of monsters.  Then Rena heard a man whisper “ run”. Rena heard his voice was filled with urgency. “ Rub , woman run!! Every since Rena could remember she had been able to detect the invisible trail left behind by all living creatures. She could find anyone on the planet simply by connecting with their spirit streams. She had never found one in a dream before because she had to touch an object that the other person had held in order to connect. But then again this  had not been a regular dream more like a reoccurring nightmare. The man told her to move unless she enjoyed getting fried like a chicken. Rena now ran toward the other worldly red light. If she followed the spirit stream it would lead her to safety Rena didn’t know how she knew she just did.  In her gut Rena knew whoever was talking to her was basically good. Spirit streams possessed the essence of the person they belonged to . You must go to him and find the others like yourself. The Amoveo can help you and him. He must be awakened by his mate . it’s the only way to break the curse and we are almost out of time. If you don’t reach reach him by all Hallows Eve he will be trapped here forever First Rena said what curse and who are the Amoveo and second there are no others like me. I am a total freak ask any of my foster families I lived with and they will confirm it. He asked you don’t know about the Amoveo - how is that possible? Then Rena said that this fit in with the rest of her weird life. Then Rena asked who he was. He said he had never encountered one like you before then he told Rena to pick up the stone. Then Rena said that is a weird name and he told her pick it up! We don’t have time to waste not anymore. The minute Rena picked up the red quartz the cave erupted in light . Zander/Zane  had hope for the first time in centuries that the curse might be broken. Zander had Isadora’s number in his phone it was the only non business related number in his phone. Isadora wasn’t a friend but an old witch and one of her sisters had cursed Zane and his brother Zed so long ago. Over the years even with the history between their family’s Isadora had become a trusted acquaintance. She was powerful and if she had wanted to hurt Zane she could have one hundred different times . Isadora was his only surviving connection with the supernatural world. Than Zane called Isadora that he had found Rena in the dream realm and that Arianna was gone and a different woman had taker her place. Zed had spoke he had said mine and said the same word over and over again. Then Isadora was there with Zane and said she thought they should talk in person. Zander had been trapped in human form for five hundred years and his brother Zed in dragon form in an eternal nightmare for them. Zed thought this woman was his mate and she was Amoveo which was an ancient clan of shapeshifters similar to the dragon clan in many ways , they find their mates in the dream realm and once they connect they could find each other on the physical plane. She was discovered to be from the fox clan Isadora told him humans and Amoveo could mate and most of them didn’t know what they were. The ten clans were now all fighting among themselves. Rena was a private investigator a kindly man had taken her in and taught her all she knew about being a private investigator. He was the only family Rena had ever known. Then Rena had been having dreams about someone she had never met until he came into her office to hire her to help his brother.There are tasks Rena and Zane must do to free Zed.

I really enjoyed this story and it had a different twist. I loved the relationship between Rena and Zane.  This had a good plot and was well written. This was a great read filled with tension and suspense. I like how Zane helped Rena to escape the monsters and there was even some humor. I liked Isadora also who didn’t try nor want to hurt Zane or Zed unlike her sister. I loved the characters and ins and outs of this story and I recommend.