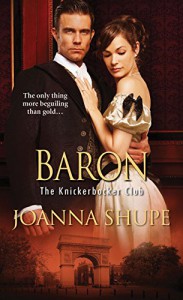 William/Bill Sloan did not believe in the ability to commune with the spirit world. He didn’t even believe in the spirit world. Yet he was waiting inside a ramshackle theater watching Madame Zolikoff who was suppose to be a medium who could commune with spirits and perform extraordinary feats so she said She was obviously a liar and cheat. Bill planned to shut her down.John Bennett was a former senator who was running for governor and asked will to partner on the ticket as lieutenant governor. But Madame Zolikoff had her hooks in Bennett and Bill was determined not to allow this woman to jeopardize Bennett's political career as well as his own. They could not afford a scandal six months before the election. Bill had run Northeast Railroad for the last thirteen years and came from one of the most prominent  families in N. Y.. Madame Zolikoff knew will’s name and why he was there. Ana Jones/ Madame Zolikoff said when Jon no longer requires my gift then I will respectively back off. Then she said the governor as her client could only help Ana. All  Ana needed was to save enough money to get her two brothers and one sister out of the factories.  By her calculations she only had four more months after adopting the adopting the Madame Zolikoff likeness two years ago and she had enough to keep her family safe. John paid Ana five dollars a week to read the leaves and pass on bits of news from the great beyond. Sloan asked her how much would it take her to walk away and she was so tempted but she couldn’t just because of pride and second she knew better than to accept money as money never came without strings. Ana told Bill  that she wasn’t aware that his own business practices  were always so scrupulous and added she was sure running a big railroad you never skirt the law or buy political favor. Bill ordered Ana to leave John Bennett alone and she told will to go bully someone else. Ana had let one over privileged handsome man try to wreck her life and she would not repeat the mistake.The Sloans had helped Manhattan grow. Bill had grown up with his father thinking he was a failure.  Ana was also saving money for the future. The kids would grow up as kids. Not overworked and underpaid workers no better than the stray dogs wandering the alleys. Her siblings were Tom who was fifteen and worked in a cigar factory and Mary  who was thirteen and worked as a finisher in   a clothing factory and Sam who was twelve and tended to be sick more that the rest of them and Sam was a Newsie.  Tom wanted to get in a gang and become a thief.

I enjoyed this story . my heart went out to Ana to give up her own dreams and take care of her siblings when her parents had died. I loved how Ana was so loyal and loving to her family. I felt her pain and Tom’s anger at their place in life at least thus far. This had a great plot. Bill and Anna are from totally opposite worlds. The author did a great job in describing people who worked twelve to fourteen hour days for very little pay, the health hazards that must be endured to mere survive as well as the living conditions. I liked how Ana and Bill start to listen to each other and reveal their lives, wishes as well as fears to each other. Bill knows he has to marry a woman of his own social standing not Ana but he wants Ana. the only problem I had is Ana switched from no to yes to quickly as far as sleeping with Bill goes and then they start their affair. I liked the characters a lot as well as the ins and outs of this story and I recommend.