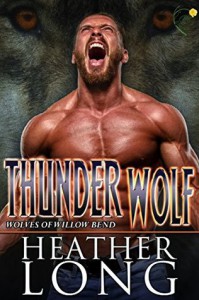 Hadley had been ordered that all lone wolves within her territory to gather because there was safety in numbers. Hadley knew Julian meant in groups of two or three not twelve like Hadley had gathered together. Hadley’s lone wolves had been alone for five years or more so keeping them all together with no problems would not be easy. Then Haley got a message Calitri- another Enforcer like Hadley was dead. Hadley and Calitri had trained together and at one time had been lovers. He was stubborn, strong, and funny and Hadley could not believe he was dead. When Hadley asked what had happened the answer was Volchitsa . Amy had come to do the autopsy which was an honor shown to the enforcers as Amy typically served the inner circle along side the alpha Serafina and her closest friends. At any given point the number of Enforcers did not rise above fifty . Lately they had been losing enforcers faster than they were gaining them. The Chief Enforcer was  Julian. The Volchitsa had been making senseless moves with no rationale that they couldn’t understand until long after wards. The enforcers could not afford to stay so far behind. They were hunting Enforcers. Lone wolves were normally allowed their freedom  as long as they followed the rules. John Loved Hadley but understood her need and loved of her freedom and doing things her way. Hadley felt being an Enforcer was like being a house mother at a sorority. John didn’t really like many wolves he was a true loner. John wondered if Julian knew the Alphas were chatting? Or were the Alphas beginning to make moves without the Enforcers? John would have to report to Julian that it sounded like if the Enforcers didn’t take care of the problem the U S packs were planning their own offenses. John was sent to Willow bend to question two Volchitsa prisoners one had killed himself before John could question him.The prisoners had GPS tracking devices in  their noses. Then four more Volchitsa wolves attacked the Alpha’s pregnant mate in her home at Willow Bend. John killed the fourth wolf saving the pregnant wolf’s life. Hadley and her lone wolves  had been attacked at the Lodge by six Russian wolves . One wolf- Herman was dead and two other wolves were seriously hurt. But Hadley waited until they were well enough to travel as wolves and the went to Oregon. Hadley got the lone wolves on planes to go packs except Peter and Hadley worried where Peter was and if he was okay and hurt over Herman’s death as Hadley had a very big and caring heart especially when it came to her lone wolves. Hadley started to a cabin that was suppose to be a safe place when she got close to the cabin she spotted three Volchitsa wolves. Hadley killed the two males and was fighting with the female when John appeared and killed the female. Hadley had wanted to question the female but could not now. Julian sent John an address of a safe house and it turned out to be Julian’s estate.

I loved this story all the way to the last page and it ended with a cliffhanger not a bad one but still I hate any kind of cliffhanger or this would definitely been a five rating. But I loved Hadley’s character she was tough, strong yet could be gentle and loving.  I loved the action and intrigue in this story. The plot was great and I loved  the way the story came together.. Julian was a good leader and I loved how John and Hadley came together. I loved the characters and the ins and outs of this story I recommend. I would give this a 4.5 if i could