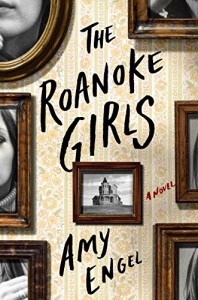 The first time Lane saw Roanoke was in a dream. The second time was a month after her mother committed suicide. Lane’s grandparents- Yates and Lilian Roanoke were rich and agreed to take Lane as they were already raising her cousin Allegra since she had been born.Lane had lived her whole life in NYC but now she was moving to Kansas. Roanoke looked like a giant house randomly added on to. It was equally horrifying and memorizing. Lane would be sixteen in three weeks and her cousin Allegra looked a lot like Lane. Allegra said she was so glad Lane was there. Allegra’s almost crazed energy reminded Lane of her mother. Allegra told Lane Roanoke girls didn’t seem to last long around Roanoke and her and Lane were Roanoke girls. Then in the present Lane got a call from her grandfather to come home that Allegra was missing. Since Lane had left Roanoke she had not spoken to her grandparents. Lane barely kept in contact with Allegra but every now and then Allegra would email Lane and Lane would answer. She checked and she had an email from Allegra eight days ago but Lane had never answered Allegra. Of the Roanoke that had left Roanoke Lane was the first one to go back. Lane knew Roanoke was no good for her but her heart says home. Lane had only stayed at Roanoke one long summer. Lane had been married to Jeff and divorced since she had left. Then a local cop shows up and it turns out to be Tommy a guy lane never thought would become a cop. Tommy had been crazy in love with Allegra but she would never marry him Lane had known this. Lane decided to search Allegra’s room to see if she could find any clues. Then Lane fund written on the top on Allegra’s vanity under some makeup it said “ Run Lane” . Lane had been away for almost eleven years. As Lane went to look for more clues about Allegra she learned more of her family’s secrets but also starts sleeping with Cooper again as she had that long summer.

I absolutely loved this story- definitely a new favorite. It grabbed you right from the beginning and kept you into the story right until the last page. I didn’t like so much reading about the incest but was a large part of the story and it was done tastefully if there is a tasteful way when this is part of a story. I sure don’t understand how Lilian could be happy to live that life but I guess there are people out there that call obsession love. There is intrigue, secrets, manipulation, lies, pregnancies, and so much more in this story. The plot was great as was the writing. I liked how Lane had the courage to live at sixteen. Also she had the courage to go to the police about her grandparents and tell them everything. Tommy was a butt when he seemed relieved it wouldn’t come out about him and Allegra and he could live in his Tommy world. I did love the characters and the ins and outs of this story and I highly recommend.