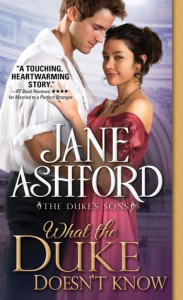 Lord James Greshan was at Oxford University at his brother Alan’s garden party. James ship had been destroyed from a storm seven hundred miles off shore. As long as James could remember he had been crazy about the sea. Leaving home at sixteen to start as a midshipman on a man- of war- ship. All James had wanted to do was captain a navy ship. His lost his ship -The Chares-  after only two years after he became captain. After ten years of service they had given James a medal and told him to enjoy some well deserved rest.  Now James was waiting for a new posting. James was seriously thinking of settling down and leaving the navy. There was a conflict in James with his love of the sea and the closeness of his parents marriage that men in the navy couldn't hope to have being  away from their family so much out of the year. James sister in law Ariel had become a wizard at matchmaking and James asked who she could come up with for him. Then someone slipped into the party looking like a boy wanting to shoot James only she wasn’t a boy but a female calling James a thief and murderer . James had already taken her to the ground . the James picked her up and threw her over his shoulder and took her into the house. James had no idea what he supposedly had done. The woman’s name was Kawena and believed James killed her father who was an English gentleman . Kawana came from the island Valatu . with her father's death Kawana had lost more than a parent but the one person who accepted her completely as she was especially with her dual heritage. Kawana’s father had been her anchor and without him she was lost. Kawana was determined someone that had been on James’s ship had robbed her father and she wanted to find the crew even though James’s ship had been decommissioned.

I couldn’t really get into this story . especially as it seem to drag for me really bad in some parts. The plot wasn’t that good as far as I am concerned. The story was also predictable. This story just wasn’t for me.