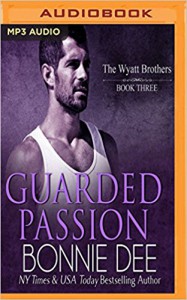 Jonah Had basically raised his brothers from a young age. Jonah grew pot to support the family , his father had taught him that way to make money. Jonah is trying to go into a legal business and sell his land and pot.he is in a strip club on a business meeting where is to sell his pot business to Sam race.  when he sees Rianne for the first time dancing. Rianne was a single mom raising her son Travis and with little education this job paid the best to help Rianne to pay the bills. When Jonah saw outside the club Rianne was having problems getting her car started he asked her to go to a motel with him and he would pay her. Rianne agreed after a while but once at the hotel could not go through with it and left and went home.  Jonah had grown up fast and in a harsh environment and it shows. Jonah has problems telling Rianne he wants to date her. When he finally gets a date he goes online to use a checklist to make sure he was doing everything right. Rianne once home is determined to forget Jonah but that isn’t so easy. Jonah is starting a distillery. Jonah had an instant attraction to Rianne and wants to pursue that. The next time Rianne sees Jonah her car is again acting up and she is at the side of the road and already late for work. Rianne is trying to get the car started Jonah stops and offers to take her to work and pick her back up after work and Rianne agrees. Jonah then starts helping and doing things for Rianne and feelings start to develop for them both.

I loved this story and really enjoyed it. It had a rough edge to it and I  liked that it was different. I liked how Jonah really didn’t know how to approach Rianne for a date and that even though she was a stripper Rianne kept her morals and couldn’t sleep with Jonah for money even though she had tried. The writing was really good in this story and the plot was great. Although I would have liked this story to be ;longer and have more to it . I loved how Jonah and Rianne both cherished home. Family and love. I also love how the relationship was built and not just rushed into. I didn’t want to put this story down. I also like the humor in the story made me smile and chuckle at times. I also liked how Jonah did what he had to do to raise his brothers but then wanted to go legit. My biggest problem is the story didn’t feel finished to me but that just maybe me. There were great character and i loved them and I loved the ins and outs of this story and i recommend. If I could would give a 4.5.