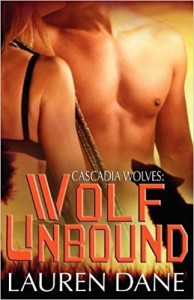 Teagan had lost her mate 4 years ago. She was a werewolf and the usually mate for life. Luckily there had been an anchor in the tri bond so Teagan didn’t also doe but her anchor Abe had already found his mate so he could not step in for Teagan’s husband and mate Lucas. Lucas had been everything to Teagan her best friend. Partner, her mate. Teagan had three dreams in the last month of Lucas the dream two weeks ago  made it clear he wanted her to let go of him and start to live again and find a new love and mate. There was something big coming. Teagan had been living with her brother Lex and her sister in law Mia. Lex was The enforcer of the pack and her other brother Cade was the Alpha of the Cascadia pack. Teagan was ready to go home it was only twenty miles from Lex’s home. Mia tells Lex to let her go. Pellini  is in an enemy who is looking for any way he can hurt one of them. Teagan is a guard on lex’s Enforcer team. Teagan is closest to Layla even though she has a twin Megan. Layla is the one that got her through the death of Lucas and the hard horrific time after. Lucas had been an Army Ranger something he had always wanted to do. Layla was glad to see Teagan start to come back to life after so long. Lucas had been killed in Afghanistan. Teagan went to Club De Sade - a BDSM club. Teagan was looking for someone who would use a flogger and knew how to use it right. Teagan was a submissive is this aspect of her life only. There was a human looking for a regular sub but Teagan wasn’t ready to commit but Ben agreed to spend that evening with Teagan but he wanted her blindfolded before she came into the room with him. But her friend Ryan was going to observe through a window to make sure Teagan was ok while she was with Ben. After their session Teagan was surprised how strongly she reacted to Ben. Ben asked Teagan if he could buy her a drink teagan suggested coffee as she still had to go to work. Ben was a cop but had been doing a lot of work on Pellini and with the werewolf packs. Templeton Mancini was the Alpha of the National Pack which was the ruling pack of all the packs. Warren Pellini believed Templeton and the National’s pack enforcer Jack Meyers were in his pocket. But in reality they were working with the FBI and some of the other packs to try to bring down Pellini. Pellini pretty much taken over Sargasso and Quinta- they were packs on the border which made sense as he could move drugs and guns a lot easier now. Pellini was working on on Michigan and maple for the same reasons. They have to find out if Pellini has the virus before they make a move.otherwise human and wolves would be in terrible danger. There had been a lycanthropy virus had been stolen and it was a big threat. Ben had been a good cop for fifteen years. Then Teagan and Ben kissed Teagan but stopped at that. Cade warned Ben not to hurt his sister. When Teagan went out to patrol she scented two wolves she didn't recognize and gun oil. Teagan was a woman who went by her gut it had served her well. Something in Ben called to Teagan and made her respond in a way she hadn’t in a long time. Teagan didn’t want to ignore that. Ben and Teagan had sex and then Ben passed out which meant they had mated. Ben was completely stunned and was backing off and Teagan cried as he was leaving. Being mated was like being married in the human world only more intense. The next morning when she went to her brothers everyone could smell Ben and Teagan had mated. Teagan threatened Cade with a gun to his head if he didn’t leave her mate alone. Mia went to talk to Ben as she had been human when her and Lex mated and all she had went through might help Ben accept things a little easier. Ben was ready for a girlfriend but not a wife.

I absolutely loved this paranormal story it was excellent. I loved when Teagan put a gun to her brother and alpha’s head in defense of Ben even though he had hurt her Ben was Teagan’s mate and her first loyalty was to him. I had to laugh. I loved how Ben got possessive when he seen another man in Teagan’s home when he went to talk to her. I also love how protective the wolves were with each other and touchy feely. Also how Ben immediately agreed to be bitten and turned so he could go find Teagan and rescue her. Also how Ben pulled Teagan back from death. Just will say loved the whole story and is one of my new favorites. I really couldn’t find anything to complain about. I loved the plot and the characters and all the ins and outs of this story and i highly recommend.