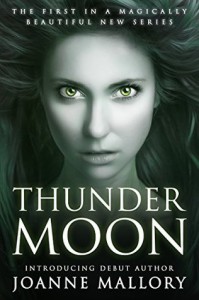 Marc is a therapist in the army who has been sent on a month long leave when a patient he had been treating a patient- Patrick-  had committed suicide. Marc had thought Patrick was doing good then Patrick commits suicide and Marc is messed up over this young man’s death. Marc is a little burned out and had some thoughts of leaving the military for a couple of months. Marc had thought the army would be his career but wasn’t so sure now.  Maybe after ten years in the army it was time for Marc to get out and start somewhere else. Marc and his sister ell are healers. Marc knew the minute Elle seen him she would know something was very wrong. Elle did know it and it worried her and their mother who had picked up on something in a ten word text also knew and was worried. Thea and Elle had met on a train to the university and quickly became friends and roommates. The also both grew up in the bay a couple of miles apart. Then Thea came into her witch powers while attending the  university and it was unexpected to say the least. Thea is still learning what her magic can do and she gets her power from the elements. Thea also goes to a copse of trees where the spirits speak to her.  Then Marc and Thea meet and their is an instant connection - they even felt familiar to the other when they had never met before. Thea has her brother’s dog most of the time as her brother is away a lot. The dog and Thea seem to have a special relationship.

This would have been a great story if it had just been longer. I would have liked to know more about Marc, Elle’s and Thea’s background and powers. I think that it actually turned more to the romance of Thea and Marc or instas/ lust or love whatever you want to call it. I also believe this story should have had more supernatural elements to it connecting the powers that the three main characters had. But it was a fast read, as I said to fast for me actually but that is my opinion.I was disappointed in this story.