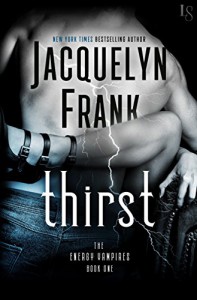 Renee Holden and James/ Jimmy Franconi were partners and are homicide detectives. The were called in to the homicide of Arnie Cooper who lived in the building very close to the alley where he was found and died. Anna Sophia a very rich lady had seen Arnie being attacked and swore it was a vampire . Rafe was a vampire bounty hunter and had been in the crowd and heard all that had been said. Rafe also knew what precinct Detective Holden and her partner worked at. Rafe went to the precinct but just sat in his car . then was a big storm that was suppose to hit that night and it had started to snow when Renee got out of work late , she went home and changed and headed for the organic market as she really had no food in her third floor apartment and even though tired she had to eat. The market was only a few blocks from where Renee lived. While at the store Renee and a hot stranger started to chat he then asked her to coffee but then she was really hungry so she went home and dropped off her groceries and met Rafe DeSilva and an organic Cafe she knew not far from her apartment. Renee knew it was crazy to have dinner with a stranger but her gut told her he could be dangerous he wouldn’t hurt her and she had her gun and could handle herself so she did meet Rafe to eat..  Renee never gave Rafe her last name. Rafe said he was an ambassador and not from America and Renee felt his courtesy and the gentleman he showed himself to be proved this  Then after dinner Rafe gave her a card with his name and cell number he wanted to see Renee again but left this up to her. Then Rafe kissed her at her doorstep and seemed to drug her with his kiss after awhile he bit Renee in the back of her neck she felt a harsh pain but shortly after it felt like nothing she had ever felt before.when Rafe was done he hypnotized Renee to forget everything but the kiss. Rafe was an energy vampire and was very careful to find pure clean sources to feed from Renee was such a choice now yet there was something even more special about her energy. It was not easy to find this kind of clean person. There was also evil bad lower culture vampires called sycophants and they fed off anything old or diseased or even a child and drained their victims at will. They didn’t care and often weren’t careful such as the one who killed Arnie Cooper in broad daylight.

I had mixed feelings about this story. I thought I would like the energy vampire definitely a different twist on vampires but didn’t really like them that much. Also there wasn’t much of anything for the vampire to be a afraid of and every vampire has to have something to fear just as do humans the balance thing. I didn't like how Rafe cold heartedly planned to just use Renee as a food source as well as to keep up with the case. But then he found Renee brought out something Rafe thought he would never have and it was feelings. He became protective of Renee and wanted her safe and that wasn’t easy as Rafe had enemies. Also clean vs dirty was used to much in this story. But i did like Simone was the queen of the vampires and wanted to bring then all back together as a species.Rafe works closely with the queen but he was gaining strong feelings for Renee and i liked she was no longer just something for him to use to get what he needed. Anyway there were things I liked about this story and things not so much.