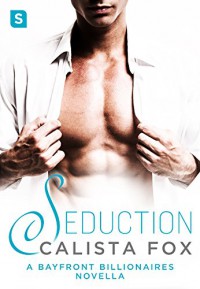 Lilianna/ Lily’s new employers were Jackson Sterling and Lexington Alexander. Greta the estate manager - who also seemed to like Lily- told Lily not to disturb the two musicians if the doors were shut as they were creating a CD together and to just leave the tea service on the side table by the entry way. It was Lily’s first day as Lady butler for the two men. Jax and Lex both internationally acclaimed classical musicians. Jax was a violinist and Lex a concert pianist. Lex and Jax had grown up in the same wealthy Parisian household together as child prodigies. Their instructor became their conductor when they turned nine as they had been invited to join the international orchestra. Then Lex and Jax collaborated with each other until they were twenty one. Then both young men left the orchestra and went to their own careers. Lily was not a stranger to the rich  and affluent  most of the men on her paternal side of her family were butlers. But Lily was the first female butler.  Greta had spent the last week intensely training Lily of every nuance of serving the two men. Lily had always been moved by haunting music such as she was hearing being played by Jax then Jax stopped and slammed the door and startled  Lily dropped the tea service and made a mess her first day. Lex was right behind Lily and told her not to pick up the glass and the Jax had been in a bad mood for the last seven years. Lily was a live in butler and let lex know she was available to either man twenty four/ seven. It was a two month assignment and Lily was being very well paid. Lily wondered if she may have gotten in over her head on this job with her instant attraction to Lex. Lily had been a server at the famed Cliff House in San Francisco for nine years. A ghost was wedged between the two men named Katrina and maybe they should just forget this project or so Jax was thinking. The men were perfectionist about their music and just couldn’t seem to get it right. Lily strove to be professional but when Jax came into his room with just a towel around his waist… Lily had been turning down Jax’s bed as the two men had went out and were suppose to be back later. Jax saw Lily was attracted to him and probably not happy about it.The CD was to be a tribute to Katarina. Katarina had joined the orchestra as a singer and Jax and Lex quickly fell for her. Both men wanted to share Lily between them Neither man really had time for an affair as they were on a deadline. But maybe Lily could be their muse and be their inspiration.

I didn’t really care for this story . it was a short story and I don’t believe a professional woman would end up in bed with her bosses not when all the men on her father's side had been butlers and she knew what her behavior should have been. Lily was screwing things up for other women who may want to become butlers instead of leading the way. She also should have put the tea set on the side table as she could hear at least one of the men were working. Lily should have quit her job or made it clear she could only fulfill the duties of a butler like any other would have male or female.If she couldn’t control her desire she should have left. This didn't hold my attention so i didn’t finish it I was disappointed in the story.