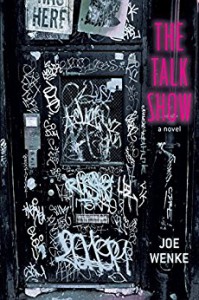 Abe Jones is a controversial person.but he has masterminded the Emancipation Tour. Abe had called jack who was a Pulitzer winning journalist who worked for the N Y Times. Abe wants jack to collaborate on Abe’s national Emancipation tour. - a traveling talk show. Abe believes this tour will bring back truth to the American people. Jack helped Abe to design his program for the tour. Jack was in the audience when Abe was shot where Abe had his speaking engagement. Jack thought he had seen two shooters aim at Abe. Jack looked away for a minute and one shooter was gone. Jack swore he would find out who shot Abe. Jack’s second home was the Tit For Tat Strip Club. Jack has some people helping him try to solve this puzzle like Don who is a former homicide detective for NYPD also Danny who is a media expert. Then don is found dead in his apartment. Jack fears he has endangered his second family including Donna who is a stripper and has Jack’s heart.

I didn’t really care for this story for several reasons. First I thought there was way too much swearing you don’t need all that kind of language to get your point across.Although the writing was good considering. There was also a lot of racial slurs.The writing style was a little weird as far as I am concerned and for some reason I didn’t enjoy it. The story was also slow moving for the most part and I had a lot of problems keeping any interest in this story. I was disappointed with this story.