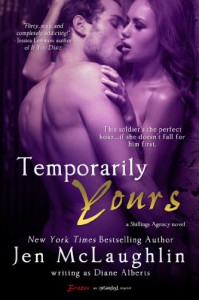 Cooper was in the airport looking for a place to sit while waiting for his flight to N Carolina to be called. Cooper is on his way to a new job. He has time to get there but wants to be early. He ends up setting next to Kayla. Who told him she was an actuary which is a person with a lot of odd knowledge of percentages and random stats. Kayla is terrified of flying but on the way to her younger sister’s wedding and is the maid of honor. She also told Cooper how she told her family about a fake boyfriend to get her parents off her back. Kayla wasn’t really a relationship type person as she believed relationships are usually a waste of time. Cooper had held his best friend Josh as he died in his arms while in Afghanistan. When Cooper got back to the states he had seen Josh’s fiance fall apart. The woman Josh had left behind but waiting for him. Cooper paid the extra amount to be in first class to help Kayla get through the trip. Kayla was already working on a strong drink when Cooper came up to her . But Kayla was glad Cooper was there to help her. Cooper kissed Kayla to distract her and did a little more. Cooper offered Kayla a ride to her hotel and ended up staying and they had sex for most of the night. The next morning Kayla’s mom called and first heard Cooper’s voice and the very loud phone. So Cooper agreed to be Kayla’s fake boyfriend for the wedding festivities. Kayla lets Cooper know this is not how she normally acts Then at the rehearsal dinner cooper finds out Kayla’s “uncle” Frankie is his new boss and Kayla’s dads best friend. and he isn’t happy.

This was an excellent story and I loved reading it. I also read this story in one setting. I loved how Cooper love to  help people and be needed but I loved even more how Kayla ended up helping Cooper. Maybe this was a little rushed on insta/ sex and insta/ feelings but in this case it didn’t seem to bother me as much. I loved the plot, the characters and the ins and outs of this story and I highly recommend.