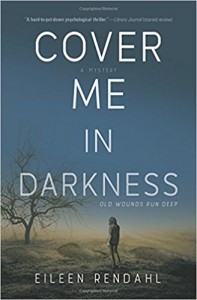 When Amanda was seventeen she gave a homeless person twenty dollars to buy her a bottle of flavored Vodka. The next morning Amanda feels someone trying to wake when all she wants to do is have the room stop spinning and get rid of the awful taste in her mouth. Then Amanda realizes her mother is trying to wake her up and what she had told Amanda. Amanda went in the bathroom and dialed 911 as her mother Lisa had killed her three year old brother Jackson and wanted Amanda to help her kill her eleven year old brother Dylan. Lisa was sending her boys to God so they could stay innocent it was too late for Lisa and Amanda. Amanda and Lisa belonged to a cult called The Children of God which was ran by Patrick Collier. Collier had pulled Lisa into his cult when she was unraveling and took over their lives.Patrick was a preacher and life coach to his cult. He was Lisa’s spiritual adviser. More than anyone Patrick set into motion the events that had finally broken Amanda’s family completely. Ten years later Amanda worked in a lab for Bellefontaine Cosmetics. She ;loved her job and the best part is no animals were used for testing instead artificial skin which was very expensive was used. Amanda would not tolerate any kind of cruelty to anyone or thing. Amanda was out with coworkers when she got the call her mother had killed at the mental hospital she had been in for ten years Amanda quickly went home. The next day she called Dylan who hated his mother but had the right to know. She also called her dad even though he was remarried and liked to pretend Lisa had never existed and most of the time the same thought were for Amanda and Dylan. When Lisa was still alive clarity had been a nightmare unlike other mentally ill patients as then Lisa had to come to terms with what she had done. Amanda had made the trip to her mother every other weekend. Someone had broken into Amanda’s called and left a typed note that said “ keep your mouth shut” and under the note was a small toy spiderman figure with the head broken off.  Then Amanda almost got ran over twice in one day by the garage she parked her car in. While going through her mother's things from the hospital she found a picture of her young brother Jackson and two  newspaper articles one had been about Jackson’s murder and the other had been about Collier coming up for parole. Lisa was mad and called her mother's doctor who came to her flat the next day obviously someone on the inside of the mental hospital had got these things to Lisa that had pushed her over the edge. The doctor told Amanda to call him Sam and he would get back to her as soon as he found out anything. Then strange things started happening to Amanda like her being pushed in front of a car and being poisoned.

I had mixed feelings about this story and I didn’t hate but didn’t love it either. I was drawn to the story in the beginning but by the end of the story had lost most of my interest. I didn’t connect with Amanda so therefore didn’t have sympathy for her or at least not much. There just seemed to be too much going on in this story. I would have liked to seen more of the impact of the cult on Amanda and her mother and also about Patrick Collier and the cult itself and its inner workings. The plot was good. I did enjoy the twists in this story.