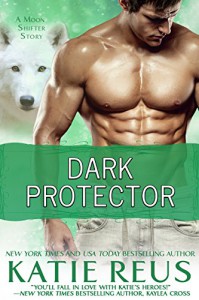 Arthur was a two hundred plus year old vampire who waited in the woods in N Y as he was to meet with a Kinley wolf shifter Darius and as his coven and Darius’s pack had been feuding for a long time. In the past decade things were starting to settle down. One of the reasons was over twenty years ago some supernaturals let humans know they existed. So now the supernaturals had to play a lot nicer or risk problems with the humans who already thought they were all monsters for the most part. Arthur was a vampire who was faster than a bullet and could actually fly not all vampires could. The Kinley pact second in command was lateAuthur had not even been allowed to tell his mate where he was going and had to stop at a sex club to drop off his cellphone. Arthur was leery when he got the call from the Beta wolf until the lupine explained he wanted to discuss an ongoing relationship between a member of his pack and Arthur’s coven and the planned on mating. Then Arthur realized something was out there but it wasn’t the shifter he expected. Arthur started to rise in the air and got hit in the neck with a dart and then a second dart and  he passed out and crashed to the ground. Natalia lived on the Armstrong Cordona ranch with her pack Jayce was an enforcer for the Council which governed lupines/ wolves packs in North America.  Natalia needed to get off the ranch Kat was Natalia’s cousin and good friend. The was also the APL or Anti Paranormal League who hated all paranormals because of what they were.  Natalia wanted to go on Jayce’s next mission Jayce also gave punishment to those breaking the supernatural laws if need be. Jayce’s brother was Aldric who had lost his pregnant mate Isla when he had left her alone to get one of the many things Isla craved during he pregnancy. But this happened a long time ago but Aldric never got over it and felt he did not deserve any happiness then Aldric had met Natalia and things had changed for him in a good way and this terrified Aldric. Aldric had saved Natalia’s life But then Aldric had went on a mission over five months ago and Aldric had never came back. Ursela was Arthur’s mate and she said she knew Arthur was still alive. Aldric was investigating Arthur missing  as the Brethen who were four ancient vampires who more or less governed vampire kinds all over the world.  had asked Aldric to investigate this missing person. Aldric had wanted Natalia so bad yet he had run. Very few knew Arthur was missing but Elain Clifton knew - head of the vampire coven Ursella and Arthur belonged to. The Natalie and Niko a very old vampire went to a party together trying to get information  Natalie and Niko were being propositioned as soon as they got to the party so Niko scraped his fangs across Natalia’s neck showing she was his. This made Aldric go all alpha even though he had walked away from Natalia and their friendship. Later that night Natalia found Aldric in her room and he told Natalia she would not to sleep with Aldric or anyone else as he would kill anyone who dared to touch her. This made Natalia furious. Arthur was still alive and heard someone else being dragged into the cage next to his. It turned out to be Darius who was the lupune that was suppose to have met with Arthur. Arthur also knew their captor was female and there was something familiar about her when Arthur had heard her voice. Constance was to be Darius’s mate, Tonight all of Jayce’s team was going to Club Inferno which was a sex club and the last place Arthur had been seen. The female who had captured Arthur and Darius knew she couldn’t bring down the whole Kinley pack but the alpha- Craig - would pay dearly when Constance who was his daughter was put to death for the murder of Leigh. It had taken a long time to put this plan into existence but things were coming together just as she had planned and Craig would pay for4 killing her mate . She would long last get the revenge  she so greatly desired for so very long. Natalia was so mad at Aldric for how he was acting and what he had said she told him after this mission she no longer wanted to work with him and they would never again be friends or anything else. Alfric was determined to change Natalia’s mind not only to be friends again but a lot more.

I really loved this story. I felt so bad for Aldric and all he had been through but on the other hand I didn’t like how he treated Natalia even though I understand why Aldric had acted as he had. But at least Aldric smartened up and was determined to make everything up to Natalia. I liked how both Kat and Natalia were tough and didn’t depend on someone else to protect them if they could help it. So this was a great read with a great plot and awesome characters and I loved the ins and outs of this story and I highly recommend.