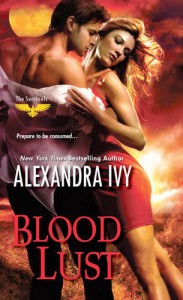 Bas had a penthouse in a luxury Kansas City hotel when his highly profited business had been all messed up. He had been the leader of a renegade band of mercenary high bloods who defied the laws of Valhalla to sell their talents. Then a former employee kidnapped Bas’s precious daughter Molly and used her as leverage to try and gain control over a volatile high blood who could have caused the end of the world. Now Bas just wanted to find a place to safely raise Molly. Molly needed love and peace and stability. Molly had been a witch’s captive but she barely seemed to remember. Myst was Molly’s mom and had left her on Bas’s bed when she was an infant and left. Molly was the product of a one night stand but Bas didn’t want Molly to know that. Myst had been talking to Molly in her mind when she had been captured and since she was home. Then Myst showed up and got passed Bas’s security and had come to see Molly and keep her word to the child. Myst was a telepath and was psychically connected to Molly. Myst had spent the last four years in a Russian monastery. But once seeing Bas again she felt hot desire. Bas had been born with the magic of a witch and the strength of a Sentinel. Myst had went to Bas originally for a job saying she was clairvoyant but when got pregnant for she received a second talent- telepath. Bas found he was still very attracted to Myst and wasn’t happy about it. The monks who had turned Bas into a perfect killer had taught Bas emotions were enemies. Myst had been seeing visions of the Sentinels being destroyed since she was a child. Her parents had sold her to the Brotherhood- who were enemies of the Sentinels. The Brotherhood found out Myst could build a weapon that could destroy the Sentinels. Myst had a difficult childhood and eventually escaped the Brotherhood and had been on the run since. As much as Bas doesn’t want to admit it he and Myst still had hot chemistry was still there.But most of all Bas didn’t want Molly to be hurt by Myst. Bas found out Myst had not wanted to leave Molly but had to protect her. Now Bas was determined to keep Myst as well as Molly Safe.

I really enjoyed this  and the story had a good plot. Molly is so sweet and loving she really adds to this story and i adored her./ I want a Molly !  i loved how Myst would do and did anything for her daughter even give her up to her father so Molly could be safe including keeping her promise to her and showing at at Bas’s home to see Molly. I liked how protective Bas was and alpha in pretty much all he did. So yeah did love the characters. I liked the ins and outs of this story a lit also. If I could I would rate this a 4.5 or 4.7 but since I can’t a four will have to do. Bas was kinda a good bad guy. I recommend this book.