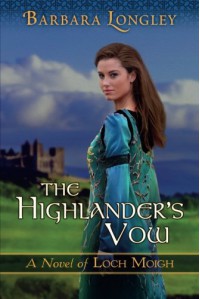 Sky Elizabeth was tired of travel. She was on her way to Kildrummy Castle which would soon be her home as she was engaged to to Sir Oliver of clan Erskine. But Elizabeth did not want Oliver or Oliver her. It was only duty that made Sky Elizabeth go forward as she would be lonely in a place of strangers. Sky’s younger sister Helen was with her. Helen and Sky had a little fae blood. Sky would rather be a midwife and a healer like their cousin Erin and their mother. A husband had to give his wife to be a healer. Oliver showed Sky no warmth when Sky arrived but Sky could see and feel his warmth and desire for a certain lady Alice when Sky asked about her. When something threatened their clan Sky as well as her mother had visions. Her mother sensed something was in the air. But didn’t know quiet what it was. Next to healing Sky’s favorite pastimes were: sewing, beading, and embroidery. Sky overheard Sir Oliver's Plan to kill her one year after they were married to be with Alice.as Sir Oliver was marrying sky for financial gain and land. Sky flees and finds she had traveled through time to the future to a Medieval Fair in N Y  at the present time and Sky was lands in a knight’s lap during a jousting match. . There she meets Straun who had traveled through time a while ago. Straun was fourteen when he arrived ten years ago. Straun and Sky are attracted to each other but are fighting the attraction.Straun had a foster family -the Gordan’s who took him in and he told them he would never leave. Yet he also wanted Sky but in the past he was the illegitimate son of an Earl and that had mattered then and he would not be allowed near Sky. In the present it no longer mattered.

I really enjoyed this book even if it involved time travel- which I usually don’t like very much. This story has: action, plans of murder, unwanted engagement, missing heiress, time portals, racing to prevent bloodshed, star crossed lovers, feuding clans, family and so much more. I loved Sky’s determination to get away from Sir Oliver once overhearing his devious plan. I liked the plot and loved the characters. I loved the ins and outs of this story and I recommend.