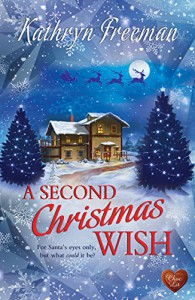 Melissa had been modeling Lawrence’s new designs. She had been swept off her feet when she met Lawrence he was a designer at the top - wealthy, powerful, and charismatic. Lawrence was twice Melissa’s seventeen years mature and experienced.Her Parents had been cold and distant not receiving or giving love. Lawrence helped Melissa with her career, and took her to foreign lands. As his wife she felt cherished at first but then she started to see his cruel side. When Melissa became pregnant with William Lawrence wanted her to have an abortion but Melissa refused and had her son. Just shy of William’s fifth birthday Melissa let Lawrence know she was taking William and leaving him. Lawrence didn’t fight her. Lawrence had only seen William once since she left on Williams's sixth birthday and William was very scared of him. Then Lawrence came to her door  the following year saying he wanted to take William for Christmas , Melissa said no unless she named the place and was also there. Melissa had a good friend Alice who’s brother had been a professional tennis player until he got hurt.- Daniel. Alice asked Daniel if he could fit William in a class as Simon - her son and William were friends and William was very shy. Alice also told Daniel not to hit on Melissa as she  had a bad marriage behind her. Melissa had a fan crush on Daniel when she was younger and watched him play. William had a couple private lessons with Daniel to catch up now he was excited to come to play tennis with the other kids. Daniel was very attracted to Melissa but trying to be her friend. Melissa had become a designer - she would never be an internationally known designer as she didn’t have the consuming drive and passion. But Melissa loved fashion and loved what she did. Melissa had been nominated for Best New Designer, The award is given at the Fashion Council’s Christmas Party. Daniel offered to go with Melissa and she accepted. Melissa also won the award.

I liked this story a lot. It was so very sweet. I really liked Daniel as a character, a very nice man. Daniel bonded well with William and that made you feel good that William had a positive male role model. I felt bad Melissa had no memory of a happy family Christmas- yes almost like they are real but what can I say. But at least now she had William even if she was a little overprotective of her self and William and even the tiniest bit put out when William talks to Daniel about things and not her first. She can’t give William a happy family Christmas if she doesn’t take a chance on love again. Anyway I liked the plot a lot and the characters also the ins and outs of this story and I recommend.