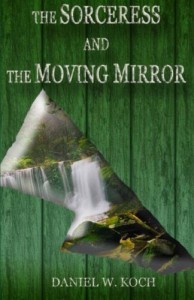 Tessa never really liked the other kids from Skycap. Tessa was the commander’s daughter and the king’s niece. Kids went out of their way to make a good impression on her. The only one Tessa really enjoyed spending time with was her brother Charles. The King had declared war on the sorcerers and Tessa was made to stay in the palace. Charles didn’t have time for her now as he was the youngest officer in the King’s army. Tessa had met the sorcerer Lincoln. Before the war the sorcerers had elected a group called The Assembly Of Five to equal the King’s High Council, Lincoln had become friends with Tessa’s father Luke and she trusted him. Sorcerers could manipulate the world around them- they could shift air , and heal fatal wounds. Tessa herself believed she was a sorcerer but had only told Lincoln as her mother hated sorcerers and her father had apparently turned on the sorcerers. Then Tessa told her brother Charles who told her father.

I enjoyed the story which surprised me a little not usually into stories about sorcerers . But This one kept my attention all through it. Maybe because Tessa was born of humans and she was in the middle of a war as she lived with the humans but was a sorceress. Anyway I liked the plot and the writing was also good. I loved the characters and the ins and outs of this story. I recommend.