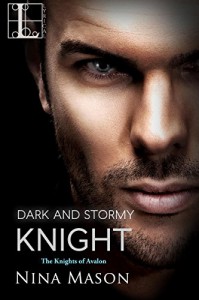 Gwyn was reading the Knight Of Cups again it was probably for the hundred time. Gwyn had come to Scotland to try to see the reclusive author - Leigh Raithven. Gwyn had tried for weeks to go through the usual channels but didn’t have any success. Gwyn worked as an assistant to the head of production Mr. Robbins in a Hollywood movie studio. Gwyn lived in the background in fear of: rejection, criticism, and failure. Gwyn had a history of sexual abuse and neglect and hoped things would change now if she did get the screen rights.  Leigh was trying to keep up the grounds of Castle Glenavon. Leigh hates tourist and a shapeshifter who writes books. Leigh had escaped Avalon as the queen had tired of him and he was to be put to death. Then a bad storm happens and Gwyn’s in gets hit with lightning and goes over a cliff. Leigh rescues Gwyn starts to fall for Leigh but he tells her it cannot happen as he is cursed. To forget him or she will die. Leigh however is immortal.I didn’t love this story but I didn’t hate it either. The story did have a lot to it: magic, forbidden love, torture, romance, fae.vampire shapeshifter, suspense, Scotland, BDSM, a curse, got sex scenes, and a lot more. But for some reason this just didn’t have the WOW factor for me. I am sure others will like this more than I did.