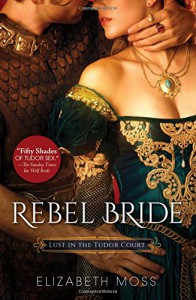 Susannah was in her father’s home and was bored of Yorkshire and her father’s house. Susannah’s father is determined to marry to marry her off to his old friend. Susannah is just eighteen and doesn’t want to marry an old man. So Susannah decides to dress as a boy and head to court where her sister Eloise is with her husband Lord Wolf. On the road Susannah finds herself in trouble with two men who want to rape her. And her brother in law sends Hugh to find her. Hugh is Lord Wolf’s best friend. But instead Susannah is taken by the the men to their boss. Susannah does manage to escape. Hugh does find Susannah. Hugh and Susannah have a very strong attraction and give into it. But Susannah does not want to marry Hugh even though he wants to marry her. Susannah just wanted to be independent.

I enjoyed this story but just wasn’t WOWed by it. Susannah knew in this time women just weren’t independent why did she think she could be different. It just doesn’t go with the time frame of this story.Also a girl who was a virgin wouldn’t be so forward as far as a I am concerned and she wouldn’t know about some of the sexual things she did to or with Hugh. So I am sure a lot of people will enjoy this. I just wish the characters were more realistic to the time the story was written in.