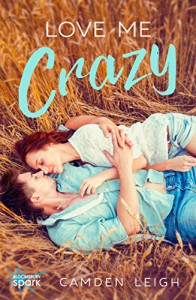 Cassady had thrown away her parents five year plan for her, she decided to do a shorter version but still would achieve success and financial freedom and then planning to marry.Cassdy had not talked to her parents in four years. Cassady has one last hurdle which is an internship which she refuses to fail. Her new boss was Mrs. Covington and her boss’s emotions seemed to range from slightly crazy to all out psycho. Cassady had won an art contest and got first choice of theSenior  internships and this was the only one that paid. Cassady was a party planner but in this case Mrs. Covington’s daughters wedding and the first wedding in the family. Cassady meets Quinn when ahe ia fighting off his sister’s pet turkey in the kitchen. Quinn was the elusive and only son of Mrs. Covington. Then Cassady answers a call from Lilian and she had told Preston- Cassady’s ex that Cassady was on vacation with her new boyfriend. Preston was a butt and had cheated on Cassady. Liliand wanted Preston to think Cassady was really happy now as Preston had been the first  Cassady had let near her heart and he broke it as they had been engaged and he threw every thing they had away. Cassady had causght Prestona nd her roomamte having sex.

This was a great romance and I loved it. Two broken people meeting in non ordinary circumstances to eventually become healed with the help of the other person. The urge to run not being allowed. This story had a great plot and the writing was also great. I loved the characters, they were awesome except for two that I did not care for. I loved the ins and outs of this story and I highly recommend.