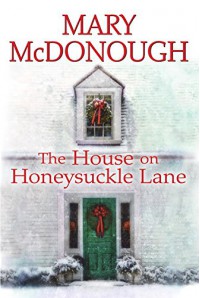 Daniel’s mother Caro had passed away and his older sisters Andi and Emma had come home for the funeral even though the girls hadn’t been home much during their mother’s illness. Emma was a personal financial advisor and Andi was an self help author, spiritual advisor,and life coach. Daniel was the youngest and had been the apple of his mothers eye. He had married Ann-Marie and they had settled in Olivers Well the siblings home town while the girls had moved farther away. At first Andi had tried to be like her parents had wanted had married Bob fairly young and had Rumi but she wasn’t happy so Andi divorced Bob and stayed with her parents at first but then she left Rumi with Bob and her parents to raise. Andi went out to find herself and was now happy. Bob and Andi were now best friends and talked/texted often. Emma had been with Ale a long time more of a convenience than any kind of grand passion or love. After Emma’s moms funeral she had a longing for a change in her life. She wanted the kind of love like her parents Cliff and Caro had. Emma was also thinking about moving back to Olivers Well. Fourteen months later Andi and Emma returned to Olivers Well to settle selling the house and what to do with the items inside at Daniels insistence as this is what his mother wanted all three of her children making the decisions together. Daniel was determined that was how it was going to be. But Daniel had been taking little potshots at his sisters since shortly after they arrived.

I didn’t love this story but I didn’t hate it. It just didn’t hold my interest. First off the way Daniel acted toward his sisters ruined the story for me as far as I am concerned he was acting like a spoiled brat even though he was a man. He had been spoiled by his mother and sisters when he was younger and now acting like a spoiled teen having a temper tantrum. Anyway that ruined the story for me. I understand this is about the interaction of siblings but I just didn’t enjoy it. I was about a little over quarter in when just got bored with the story or at least that part and didn’t continue.