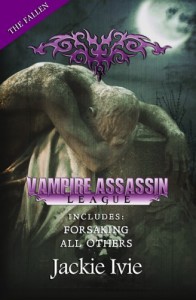 Bran lived in a ghost town under Bar number 8 he was a vampire. Bran had been a cattle driver in the back of the cattle and then had become a gun slinger to a sheriff to a wanted man with a price on his head. There was a small town close by that had  two thriving casinos. Bran than heard a young woman scream , Bran knew he shouldn’t interfere but did anyway. He got shot by the woman for all his trouble but that brought forth his blood lust. Marielle is an artist stuck repainting signs and saying no to marriage proposals from a rich man- she would have been wife number six.

I usually love vampire stories but this one just didn’t keep my interest.I had hoped it would liven up but it didn’t as far as I was concerned. So I read this but just didn’t get out of it as a story as I wanted