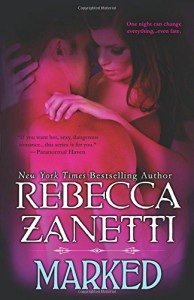 Billy was a grizzly shifter. He had got a lead on a cold case he had been working on for eighteen months. Billy was a sheriff and a council member of the Greyelf Grizzly Clan. Which meant Billy had an advisory role to the Grizzly’s Alpha Lucas. The Urban Dwellers had three men who ran the shifter community in Copper City. Billy had to ask the Urban Dwellers for help Joshua Bailey decided to disappear in the big city and he hated all shifters. Thea was tired both physically and mentally. She wanted he own quiet life. Thea’s pride and joy was her younger brother Alexander. Thea’s dream was to have her own vineyard someday. Thea was her stepbrother’s- Eric- personal assistant. Alex was fascinated with shifters. The men who owned the club Urban Dwellers with Eric were Anthony Atwood and Kyle Frost. Each of the men were a different species of shifter and had been roommates  in Prep School. Billy hadn’t been in a dance club since the police academy. Billy had to find out what the Urban Dwellers knew about Joshua Bailey but also had to play ambassador for Lucas. As Billy headed to the club he heard “ please help me” from a woman. As he goes to help the woman and rescues her and then he finds out she is Eric’s step sister/ personal assistant. But Billy also learned Thea is his mate. Billy and Thea really didn’t have time to explore what was between then as someone was trying to kill Billy.

I did like this story but there was so much happening in it like humans hating shifters, instalove- lust, then Billy’s past all mixed together. I didn’t hate this story but I didn’t love it either.