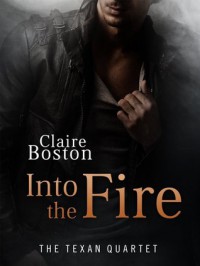 Piper was at a bar looking for her friend Jack. Piper is a reporter for the Houston Age. George was an agent and he was at the reserved table another man was also there and his name was Tai Woods. The singer on stage was Adah- Tai Woods brother . Tai was chef of The Wooden Spoon and had made a hit with his restaurant. Piper had wanted to interview Tai but he was very reclusive and did not talk to the media. Geraldine is Piper’s editor Piper wanted to as her why Tai was on the interview list. Piper could not use the words: interesting, fulfilling, or educational in  thinking of her

new position. Piper had ten interviews to do including Tai. Piper was excited when she got the assignment she felt she could show her investigative skills. Piper decided to look up Tai Woods on the internet and see what she could find. Piper found one article on The Wooden Spoon but instead seemed to put Indians/Tai down. Reporters like that put all journalists down. Tai couldn’t get Piper off his mind once he met her even though he had been rude to her.

I liked this story even though I hadn’t read the previous books. I enjoyed this. I liked how Piper wanted to do good. And had a moral compass especially being a reporter. I also like how Tai cares about his culture and wanting to save recipes that could be lost. I thoroughly that part. I also wanted to see Piper and Tai together. There was also times when I choked up also which is a tribute to the author.  I liked the ins and outs of this story and I recommend.