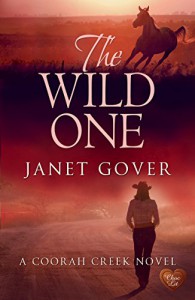 Dan was ordered to shoot the stallion who was the leader of the brumbies. But Dan just couldn’t do it. Brumbies are feral wild horses that were being very destructive in the small park Dan worked for. Dan is the park ranger for Tyangi Crossing National Park. Dan was a trained sniper and was former military with PTSD from his time in Iraq. Dan didn’t feel like he fit anywhere once released from the military for his PTSD. The he applied and got the job as park ranger and had been at the park for three years now. Quinn was a professional photographer who was trying to bury her memories of a bad time. Quinn drives a former military hummer and it is her home as well as her way of transportation. Quinn never left behind her laptop or her camera as they were her whole life. Quinn mainly shots scenic shots. However Quinn likes doing the ordinary and make it look extra ordinary. Also Quinn liked finding beauty in places that were plain or ugly. Quinn found her way to Dan’s park and as Dan aimed for the stallion she started the horses and they ran away. Quinn decides to take up the brumbies cause so they will not be killed. Quinn gets Dan on her side as he didn’t want to kill them either but didn’t want to lose his job. Quinn recruits Carrie for help. Carrie had loved horses and was an up and coming jockey with some wins already under her belt. But then there was a terrible fall and Carrie has recovered physically just not mentally as she in now afraid of horses the one thing she once loved. Carrie lacks in confidence and believes people are laughing at her. Carrie was in her own world of pain. Justin owns a horse farm and was determined to bring it back to the greatness it once had. There had been a fire when his father ran the farm and they had lost alot of horses. Justin needs an amazing horse to stud. These four diverse people come together to find a different answer for the brumbies.

I really loved this story. The town coming together with the other four people to find an acceptable answer. Also you had two romances going on yet neither suffered and they were both made to work which is unusual. The plot was great and the writing was very good also. I liked the ups and downs of this story! I highly recommend.