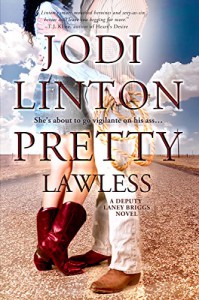 Laney is a deputy and is involved with Gunner who is a Texas Ranger.Right now Laney is pretty mad at Gunner as he was keeping things from her to keep her safe. But Laney felt lied to and betrayed. Gunner and Laney have alot of chemistry between them so it’s hard for Laney to tell Gunner off. Gunner was ready to propose to Laney but he was pulled away to finish the latest case he had been working on. Gunner is an undercover agent for a swingers club tied to the Dirty southern Mafia and dirty cops. Gunner actually had to shoot a dirty cop. Gunner arrests Laney’s best friend Luke for murder. Laney starts her own investigation and asks Cole to help her. Gunner is jealous as he believes Cole and Luke want Laney.

I had a few mixed feelings on this one.I felt Gunner doesn’t treat Laney that good.But Laney seems to have matured some and has learned to stand up for herself. Laney also doesn’t let Gunner get away with as much. This is a fast paced story with alot of suspense. It has a good plot. I like the twists and turns both Laney and Gunner and the story go through. I recommend. This is the last book in a series and it’s better if you read them all in order the story comes together .