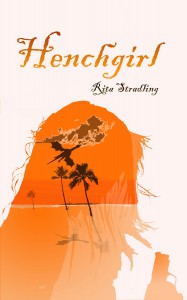 Dracon- children of a dragon and a human.Dragonic monarchies controlled 85% of the worlds governments. Werewolfs revealed themselves in their posture, vampires their complexions and skin qualities, and most creatures revealed themselves with a look in their eyes. Dakota saw souls en less she wore her charm bracelet. If Dakota wanted to get an accurate read on a person’s emotions, she had to touch them and dive with her power. She would also drain emotions into her grandfathers ring. Because of the way Dakota handled things the next morning she found out she had been demoted to doing reconnaissance and back up for Deagan only. Dakota was the first girl in the history of her family to be a soldier or the family. Tonight her Grandfather was having a guest a half dragon named  Braidan McCormick and his entourage and that had been at the  the club when Dakota had messed up.Braidan was the son of the wolf dragon Ferris who was one of the most famous dragons in the world. Dakota’s grandfather gives Dakota’s mother  plenty of money to pay the bills but she is a selfish alcoholic and Dakota earns the money to pay the rent and groceries and whatever else is needed for her mom , her sisters as well as herself. One of Dakota’s friends comes up missing andDdakota is going to look for her. She does have help from Wyvern but he has other plans for  Dakota that she doesn’t know about and that is to make her his future bride.

I had mixed feelings about this story. I thought there could have been more action. But i also felt Wyvern was a butt  he does get a little better but I felt that he was abusive to Dakota and did not like that at all. I know his possessiveness is a dragon thing but still. So i didn’t hate this but i also didn’t love it. I did like the characters for the most part especially Dakota and all the twists and turns she herself went through.