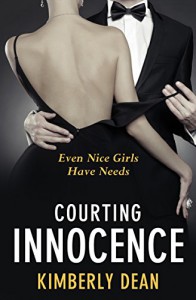 Erin had been engaged to Marty. They had been together seven years and Marty had been Erin’s only lover.. Marty called off the wedding one month before it was suppose to happen.Erin’s roommate was Sienna and she worked for Luxxor Limited. But Sienna was very secretive about her job. Erin goes there when she knows Sienna isn’t there. Erin doesn’t realize it is an escort service. Erin meets several men but until a certain lawyer they are not what she is looking for. The certain lawyer is Colton King her big brothers best friend who Erin has had a crush on since High School. Erin never knew that Colton had been attracted to her also but he has been told to leave Erin alone . Then Colton and Erin decide to have a secret relationship.

I like this story though in it’s own way it was refreshing as it was a different take on attraction that  has been there for awhile. Also the escort part and being a male. I thought the writing was very good. As was the plot I enjoyed it a lot. I loved the characters especially Colton and Erin and the ins and outs they went through. I recommend.