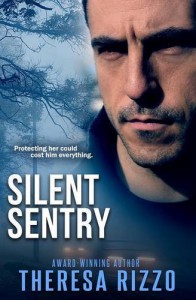 Gianna Donatelli’s father had been murdered on his front steps. He had been a good and honorable man and had many people at his funeral. Gianna’s heart was broken. 2 months earlier Gianna went to her father’s home as she was house sitting. She thought the housekeeper was on her computer but it was a stranger. Gianna fought the stranger fell hit her head and woke up in the hospital. Among a concussion she also had lost hearing in one ear Gianna did not know if it was permanent yet. Joe was the doctor on call in the emergency room he was just finishing his shift. He recognizes Gianna and offered to take her to his home to watch over her while she recuperated from the attack. She originally would have stayed with his parents as they were like her second family but they were away from home right now. Gianna and Joe had known each other since they were kids.

This was an excellent story and I loved it. But who wouldn’t love this story it had: intrigue, hits on people’s lives, Russian Mafia, Italian Mafia, computers being hacked, cars blowing up, gang members attacking, a woman with a dream, a new important business, murder, secrets, romance and love, fear, and so much more. I loved the characters especially Gianna and all the twists and turns she and Joe went through.I highly recommend.

I received an ARC  of this story for an honest review.